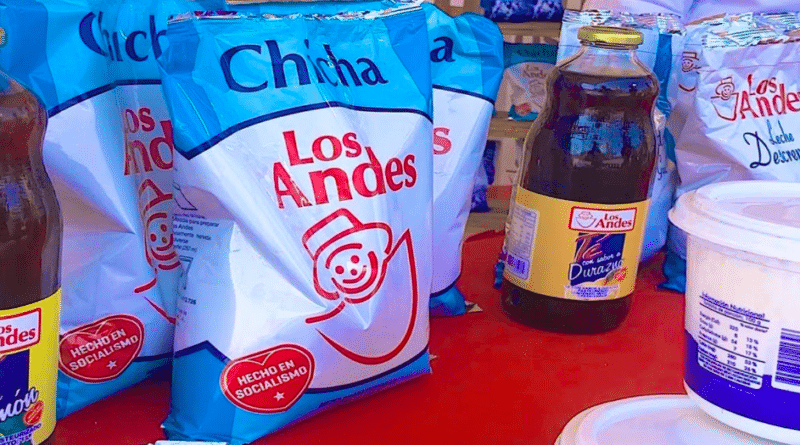 The news came from the Twitter account of news website ImpactoVenezuela which stated that the marketing manager of Lácteos Los Andes, Reinaldo González, had taken his own life.

Around noon on May 14, Attorney General Saab revealed a corruption scheme taking place within Lácteos Los Andes, with the president of the company, Colonel Luis Augusto Piligra Jiménez, being its main perpetrator.

Saab informed that, after the investigations were carried out, the president of the company, Colonel Luis Augusto Piligra Jiménez and his partner Amelys Aracely Cabrera Gómez were arrested.

Both have been charged with alleged willful embezzlement, illicit contractor agreement, evasion of bidding procedures, embezzlement of public property, money laundering and association to commit a crime.

The investigation had initially begun due to Piligra’s illicit enrichment, since he began to own a number of highly valued property.

Saab added that the Office of the Attorney also detected a network of fly-by-night companies in which friends, family members and Piligra’s lovers appeared as legal representatives and shareholders.

Attorney General Saab indicated that the investigations are still underway, so new arrests have not been ruled out, and in the coming days the relevant penal sanctions will be announced.

It should be noted that on January 7, President Nicolás Maduro gave a 48 hour period to address the criticisms and concerns of workers from Lácteos Los Andes, who had reported irregularities within the dairy company.