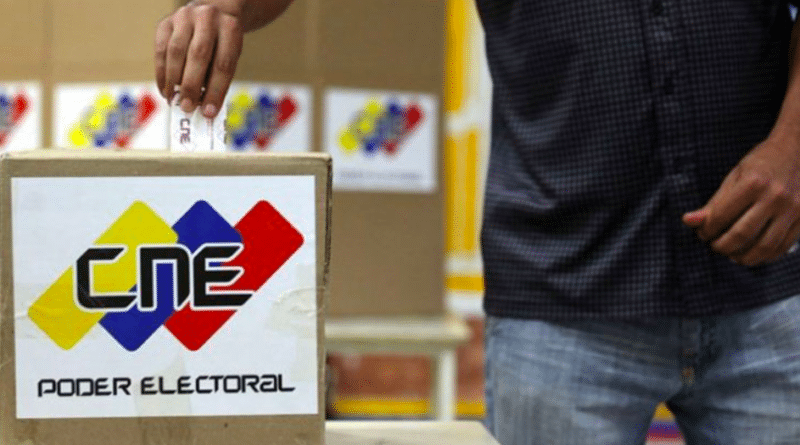 With the guideline of creating a methodology for a simple, practical and fast electoral strategy, the United Socialist Party of Venezuela (PSUV) is working from the get go on choosing its candidates for the upcoming regional and local elections, announced by the CNE to be held on November 21.

The first vice president of PSUV, Diosdado Cabello, addressed the issue during a videoconference held with the secretaries of the party. Cabello, likewise, highlighted the importance of avoiding any type of mistake in the selection of candidates.

Asserting that those responsible for the secretariats are like the eyes of the party in all the regions of the country, Cabello urged the secretaries to fulfill the task of reporting everything that occurs within the ranks of the party.

Cabello remarked that he “has always maintained that the interests of particular factions, within the structure of the party, should be extirpated from the root and forever. There should be no such compromises.”

Cabello also stated that in the case of a certain PSUV leader from the state of Bolívar who “is playing from a position of advantage,” the revolutionary structure should act to prevent any person from putting their personal wishes above the needs of the party and the country.

“I spoke with the leader myself and demanded that he respect the rules,” added Cabello. He also announced that he will soon begin a series of tours of various states in Venezuela, beginning with the state of Falcón, and he will meet the political teams of each region to discuss fundamental issues.

The PSUV methodology
National Assembly Deputy Cabello informed that, they would be meeting the president of PSUV, Nicolás Maduro, within a few days, to announce the methodology that will be adopted in regard to the selection of candidates for the November elections.

He added that in any case it has to be a methodology that “somehow has to satisfy all the requirements coming from the bases of the party, and respond to the timing, logistics and the political moment in which we are living right now.”

Moreover, he called on the Chavista militancy to mobilize in their daily activities, beyond the electoral context which has now been inaugurated. Cabello insisted that the organization has a series of consolidation tasks pending for 2021.