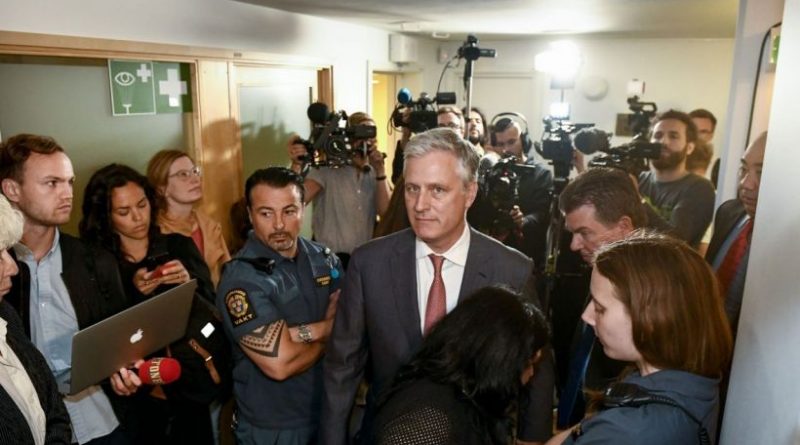 He is the fourth National Security Advisor, a senior position in the White House. Robert C. O’Brien will work as a successor to John Bolton, who was thrown out of the post after successive divergences between him and tycoon President Donald Trump.

I am pleased to announce that I will name Robert C. O’Brien, currently serving as the very successful Special Presidential Envoy for Hostage Affairs at the State Department, as our new National Security Advisor. I have worked long & hard with Robert. He will do a great job!

The current White House tenant wrote: “I am pleased to announce that I will name Robert C. O’Brien, currently serving as the very successful Special Presidential Envoy for Hostage Affairs at the State Department, as our new National Security Advisor. I have worked long & hard with Robert. He will do a great job!”

After Michael Flynn, HR McMaster and John Bolton, it will be the turn of someone who had already worked in the administration of George W. Bush and is a partner of the law firm Larson O’Brien LLP, based in Los Angeles, California.

He served as an alternate representative of the United States to the United Nations for Bush junior. He also served as a delegate of US interests in commissions on Palestine and global terrorism at the UN.

He also served in the State Department in 2007 and other missions close to the Oval Office of then President W. Bush.

Without a doubt, he was one of the men of confidence of that presidential team, responsible for destroying countries in the Middle East such as Iraq and Afghanistan and for supporting the invasion of Lebanon by Israel in 2006. O’Brien is among the US neoconservatives.

In fact, his profile, in Washington, is perceived as a “Bolton light”.

His experience in the Trump administration from the Office of Hostage Affairs in the State Department has put him at Mike Pompeo’s side, who apparently is increasingly gaining the confidence of the tycoon president by putting key personnel close to him in positions of high decision and coordination between the main institutions of the federal government of the United States.

What to expect from O’Brien on the open international fronts of his administration, especially about Venezuela? It is possible that more of the same (acceleration of financial, commercial-economic and diplomatic obstacles, and of the judicial dossier against Venezuela, more military threats), since this character is part of the neoconservative circle of the Republican Party.