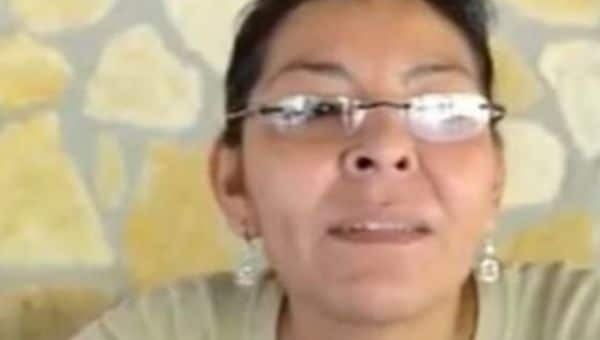 Lopez was in charge of the macaw breeding project at the Ecopark Aluxes owned by former Chiapas governor, Patrocinio Gonzalez Garrido. No suspects have been found.

The Attorney General of Chiapas confirmed Thursday the murder of Mexican biologist and environmentalist Nora Lopez who spearheaded the red macaw breeding project in southeastern Mexico.

“The Prosecutor’s Office of Homicide and Feminicide (reports) that the victim was found dead in a hostel along the Palenque-Ocosingo road,” read a statement from the attorney general’s office on Thursday.

“Attorney General Jorge Luis Llaven Abarca has instructed for the immediate dispatch of special (investigators) to the city of Palenque in order to … clarify the facts and find those responsible,” for Lopez’ death, added the communique.

The scientist was found with what seem to be knife wounds, and authorities so that so far they have no motive for the murder.

Lopez was in charge of the macaw breeding project at the Ecoturist Park Aluxes that is owned by former Chiapas governor, Patrocinio Gonzalez Garrido, reports Excelsior media out of Mexico City.

According to national government figures, 120 environmentalists have been killed in Mexico over the last 15 years.

In 2018 alone, 14 environmental activists were killed, 11 of whom were Indigenous, according to the Mexican Network of Forest Farmers Organizations (MOCAF).

However, the Mexican Center for Environmental Law (CEMDA) states that in 2018 there were 49 attacks on environmentalists, of which 16 were homicides, totaling 21 victims.

CEMDA reports that aggressions toward activists, including intimidation, raids, illegal detentions and threats is at 440 between 2010 and 2018.

Targeted environmentalists in Mexico are those defending territories against the proliferation of mega-mining, fossil fuel extraction, and thermoelectric plants.

Last February, Nahuatl Indigenous Samir Flores Soberanes, long-time opponent of the Proyecto Integral Morelos (SIM), was killed days before the public in Morelos, Puebla and Tlaxcala were set to vote in a referendum on the project that includes the construction of two major thermoelectric plants, a gas pipeline and an aqueduct in Soberanes’ home state of Morelos.