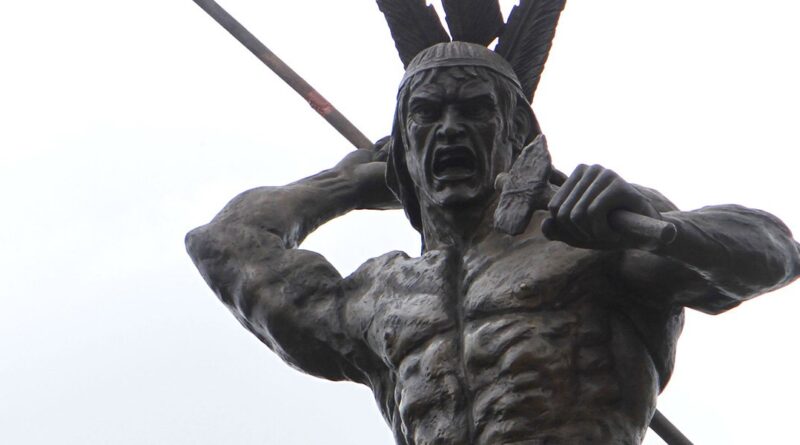 Venezuelan President Nicolás Maduro initiated a process of decolonization of public spaces, which will start in the city of Caracas with the renaming of the Francisco Fajardo highway to Gran Cacique Guaicaipuro.

“The Francisco Fajardo highway will bear the name of Guaicaipuro,” he said, requesting that this change include the creation of statues of indigenous leaders who fought against colonization along this highway. The Francisco Fajardo highway is the main highway that crosses Caracas and unites the east and the west of the city. It was built in the 1950s and has a length of 28 kilometers.

“I want to see the figures of Guaicaipuro, of Terepaima, of Chacao, and I want to see them so that something truly changes. That this highway looks different with colors, it’s not just to lower the old sign and put up one that says Guaicaipuro, the change has to be noticed,” he asked.

RELATED CONTENT: Decolonization and Socialist Revolution are the Ways Forward

He pointed out that this process of decolonization of public spaces must be performed in an organized manner to guarantee that all public spaces that have names or statues of colonizers are subject to modification.

“This must be organized, it cannot be anarchic, we are going to do it in an organized way,” he stressed during an address at a working meeting with the promotional team of the World Organization of Indigenous Peoples, an activity carried out within the celebrations of Indigenous Resistance Day.

Venezuela was among the first countries to change the scope of the celebrations of Columbus and the Spanish conquistadores, deciding under Hugo Chávez’s leadership to rename this national holiday Indigenous Resistance Day, instead of “Race Day” or “Columbus Day” as celebrated in the United States.

He instructed the Ministers for Culture, Ernesto Villegas; for Education, Aristóbulo Istúriz; and for Communication and Information, Freddy Ñáñez, to carry out the process of identification and readjustment of these spaces.

RELATED CONTENT: The Wild and the Disaffected: A Conversation With Reinaldo Iturriza (Part I)

Resistance walk
During the activity, a video connection was made with the Head of Government of the Capital District, Jacqueline Faria, who was in the Paseo de la Resistencia in the Venezuelan capital, where beautification works were carried out as part of the work of the Great Venezuela Bella Mission.

“We carried out landscaping works, which took into account symbolic elements of the worldview of our native peoples,” said Faria.

In this regard, the national leader recalled that in these spaces there was a statue of Christopher Columbus, demolished by a popular decolonization movement in 2004, and in its place a statue of the Cacique Guaicaipuro and other leaders who fought against Spanish colonization was erected.

Guaicaipuro is a legendary indigenous Venezuelan leader of the Teques and Caracas tribes. Guaicaipuro formed a powerful coalition of different tribes that he led during part of the 16th century against the Spanish conquistadores in the central region of the country, specially in the Caracas valley. He commanded, among others, Cacique (Indian chief) Naiguatá, Guaicamacuto, Chacao, Aramaipuro, Paramaconi, and his own son Baruta.

Featured image: Statue of Cacique Guaicaipuro erected where a statue of Columbus was torn down in 2004. File photo.