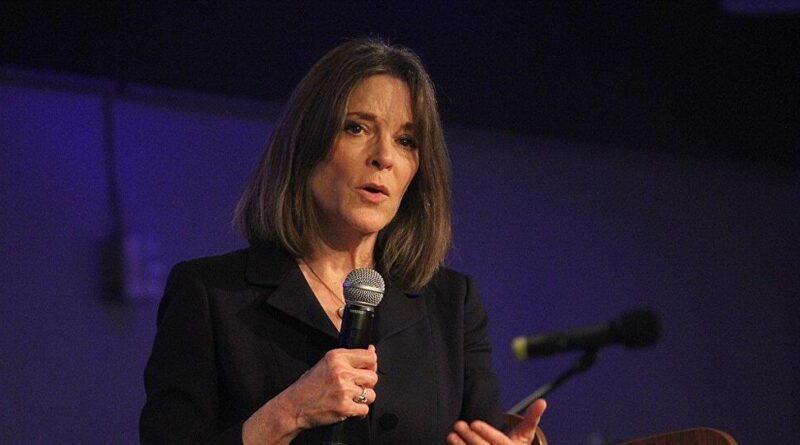 As Democratic presidential nominee Joe Biden moves to win over never-Trump Republicans while attempting to hold onto the loyalty of left-wing Democrats that supported social democrat Sen. Bernie Sanders (I-VT), some of the party’s more progressive elements are looking to form their own party.

Just a few weeks after the end of the Democratic National Convention and just days after their Republican counterpart, two former competitors to Biden and his vice-presidential running mate, Sen. Kamala Harris (D-CA), will join up with other disaffected figures in the party’s left wing to make the case for forming a new third party to push a prospective Biden presidency leftward.

“For far too long we have watched both corporate-funded political parties pillage and devastate our country, our communities, and our families,” says the website for The People’s Convention, scheduled for August 30. “Now it is time for us to ask: What kind of world do we want to build from the ashes of this pandemic and economic depression?”

“One week after the Democratic and Republican national conventions, people from all walks of life will come together to discuss the state of the nation and plans to form a major new political party in America. A party free of corporate money and influence. A people’s party,” the website continues.

The event is hosted by Movement for a People’s Party, which describes its vision as “a major new progressive populist party that will deliver what regular people take for granted in so many other countries: single-payer health care, free public college, money out of politics, an infrastructure jobs program, a $15 minimum wage, financial regulations, and more.”

According to the movement’s Twitter account, headlining the event are author Marianne Williamson and former US Senator Mike Gravel (D-AK), both of whom ran for president as Democrats in 2020, as well as Nina Turner, a former Ohio state senator who co-chaired Sanders’ failed 2020 presidential campaign, and Dr. Cornel West, a radical philosopher and public intellectual who backed Sanders’ campaign.

According to Politico, the convention aims to “serve as an implicit warning to Joe Biden” that if he wins in November but continues to plot a more centrist course than they are comfortable with, he and Harris could face a far more organized challenge from the left in 2024 than was seen in 2020.

“We would say it’s more than ‘implicit.’ We ain’t playing around, y’all,” the group tweeted in response to the Politico piece.

“An entirely new way of being is struggling to be born, and we need a political container for it – one that puts humanitarian values before amoral economic ones, and breaks free of a 20th-century political paradigm that no longer serves our democracy or even our survival on the planet,” Williamson told Politico. “‘A new birth of freedom’ is struggling to be born, emerging from the hearts and minds of millions of people no longer willing to go along with systems that devolve rather than evolve our life on earth.”

Watching the #DemConvention. It’s so good to see so many diverse people coming together addressing racism and the promise of America. There is a sweetness and kindliness about this production.

​Williamson has voiced some sharp criticism of the ongoing Democratic National Convention on social media, blasting the superficial response to the national uprisings against racism and white supremacy.

“No I’m sorry but they did not address racism,” she tweeted in response to a glowing review of the convention by actor Mark Ruffalo. “They showed a lot of beautiful pictures of POC [people of color] and made references to BLM [Black Lives Matter], but there was not one mention of an actual policy to help end systemic racism. It’s like binge watching a Marriott commercial.”

However, the wellness author has made clear that she still supports Biden in the November bid to oust sitting US President Donald Trump.

The group is far from alone in their criticisms of the Democratic National Convention, which is widely perceived to have slighted the left wing of the party, which has leaned increasingly toward politics more confrontational to the establishment, including embracing democratic socialism under the aegis of Sanders and Rep. Alexandra Ocasio-Cortez (D-NY).

A literal Republican, John Kasich, is going to get more speaking time at the DNC than every member of the squad combined

​The list of speakers has aroused considerable ire, with former Republican Governor of Ohio John Kasich and Colin Powell, who served as secretary of state under the administration of former US President George W. Bush, being invited to appear at the party event but almost none of “the Squad,” a group of four outspoken Democratic congresswomen that includes Ocasio-Cortez as well as Reps. Ayanna Pressley (D-MA), Ilhan Omar (D-MN) and Rashida Tlaib (D-MG). Ocasio-Cortez was given just 60 seconds to speak, while Kasich, who ran for the Republican nomination in 2016 that Trump eventually won, got four minutes.

when your tent is so big it includes the people who caused all of your problems https://t.co/bqxhHZCsQ4

​Also appearing at The People’s Convention will be Chris Smalls, a former Amazon worker who was fired after he led a strike and attempted to organize overworked workers at the Staten Island warehouse where he worked as the COVID-19 pandemic was setting in earlier this year.

“It has become clear that neither the Democratic nor the Republican Party truly cares about working-class people,” Smalls told Politico. “Both party platforms think that our demands like ‘Medicare for All,’ raising the minimum wage to $30/hour, a wealth tax, and the right to unionize without fear of retaliation, are radical ideas.”