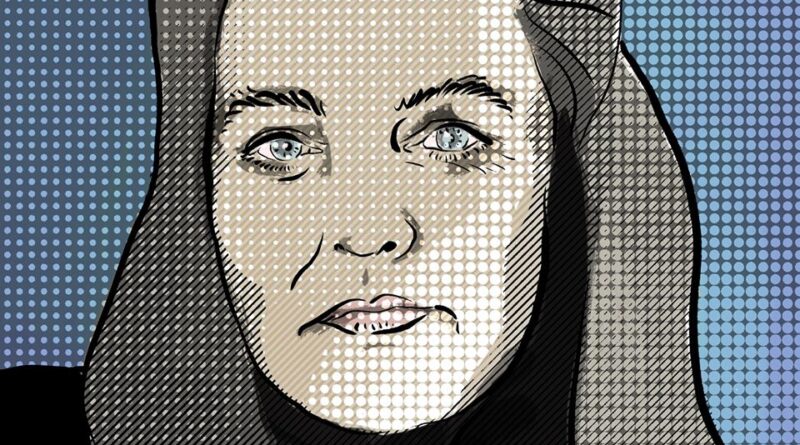 Over the last few months there’s been a clique of indie media who’ve been urging their respective followings to bully and cajole other indie media into focusing on Covid-19, lockdowns, mask laws and Covid-related authoritarian agendas in their coverage of world events.

I personally find the idea of fighting with indie media in a world that is dominated by murderous globe-spanning power structures absurd, so I won’t make this about them, but since their attacks are getting more heated now I’m going to try to spell out my own position on the matter here as clearly as possible. I don’t expect this essay to have any effect on this online mobbing behavior’s primary drivers, who appear to operating in bad faith; this is more for my longtime readers who’ve been expressing bafflement that I haven’t made Covid-related abuses a primary focus of my writing.

To sum up the gist of my position in a paragraph: I’ve said from the beginning that “the fears that the ruling class will seize this opportunity to advance preexisting authoritarian agendas are well-founded”, and I’ve repeatedly written entire essays about this. Unless people want me to re-write more or less the same essays over and over again, there hasn’t been much more for me to add to the discussion. The information ecosystem is still too polluted and muddied to see clearly enough to provide a comprehensive, lucid, big-picture understanding of what’s actually going on, so I’ve just been watching and patiently gathering information.

That is what someone who is interested in telling the truth does: they wait until they have enough information about something before they attempt to elucidate their understanding of it. I haven’t been writing about my clear, big-picture understanding of what’s going on with this virus because I simply do not have one, and frankly I don’t believe anyone else does either.

In my experience someone who truly knows something will be able to tell you clearly, concisely and specifically what it is that they know and how exactly they know it, whereas someone who just feels like they know something will puff and bloviate about how you haven’t done enough research and maybe handwave vaguely in the direction of other people’s ideas.

This has been my experience when I’ve pressed all Russiagaters, QAnon cultists and hardcore capitalists about their position, and it’s been my experience when I’ve pressed people who claim it’s obvious that immensely powerful forces are using Covid-19 to usher in a permanent Orwellian dystopia. They’ve never once been able to give me a clear, concise and specific explanation of what they know and how they know it; it’s only ever been a vague, disparate Gish gallop of largely unrelated information with a whole lot of gaps missing from the picture.

"If you’re seeing a mountain of disparate and conflicting information about which you can’t form a single unified narrative right now, that’s okay. That’s what we’re all seeing."https://t.co/gSDwRThXVv

For example, most people who focus primarily on Covid-related establishment power grabs post a lot about masks, how people shouldn’t be made to wear them, and/or how they’re not very effective. They mention this in the same breath as the threat of increased tech surveillance, even though these two aren’t clearly linked at all in any way that people can definitively explain. One is about laws which force people to put something on their face they find undignified or uncomfortable, the other (which again I have written about) puts in place measures which the powerful can exploit against anyone who is a threat to their rule. These are two completely different things and should be treated as such, but over and over they get lumped together in the same general ball of paranoia instead.

You’ll see the same people mentioning government lockdowns in the same breath as forced immunizations, the idea that the virus isn’t as bad as authorities say it is, and the threat of a Great Reset of the economy that will advantage the ruling power establishment. Again, these are all completely different issues, and I haven’t seen anyone who can lucidly and convincingly connect them all together, but they’re mentioned in the same breath anyway. And it doesn’t seem to bother this faction that the dots they’re all saying connect aren’t actually being connected by solid facts and reason.

Other indie commentators are fine with that sort of commentary. I’m not.

When I look at this issue I see some very real concerns which I absolutely do point out, combined with a lot of bad thinking and poor logic, combined with people just feeling very anxious about a new and stressful situation, and it’s all thrown together in one big jumble that has a severely distorting effect on perception.

Masks can be uncomfortable. It can suck to be forced to stay in your house. Being out of work can be very stressful, especially if you live in a country without good social safety nets. The raw heat of the emotions about this virus and government responses to it gets mixed in with a vague mishmash of information, and it creates the illusion of a clear, solid object where one really doesn’t yet exist.

What the fuck is this shit? Even if you agree with the policing policy, on what planet is such extreme aggression and needless escalation necessary? Are these people in vehicles without license plates or something? #auspol #victorialockdown https://t.co/aiT6JTqVBa

Here in Victoria we’re three weeks into a Stage Four lockdown that’s scheduled to last six weeks. Authorities are cautiously optimistic that the lockdown will end at that time, but some experts speculate that it might take an additional couple of weeks beyond that to get the virus under control.

The lockdown measures are harsh, and have led to acts of police brutality which I have been vocally condemning. These harsh lockdown measures are also overwhelmingly supported by the Victorian public, largely because Australia has a relatively good welfare system in place so it’s not putting as much stress on them as would otherwise be experienced. The consensus among Victorians I know personally, all across the political spectrum, is almost without exception a desire to just get the virus under control by any means necessary.

Should I stop writing about the world-threatening establishment power grabs that are happening right out in the open and instead spend my time yelling at my own countrymen that they are oppressing themselves by supporting a temporary lockdown? If I listen to the pile-on I’ve been getting on Twitter, the answer is yes. If I listen to myself and my own inner sensemaker, the answer is no.

I don’t write about things because I was bullied and cajoled into writing about them by people who think they know how to do my job better than I do. That isn’t what I do here.

I don’t write about things because that’s what other indie commentators are writing about. That isn’t what I do here.

I don’t write about whether masks work or whether a virus is really as dangerous as authorities are saying. That isn’t what I do here.

I don’t write about whether governments are responding correctly or incorrectly to diseases. That isn’t what I do here.

I don’t write about whether or not people should be made to do things they don’t like doing, such as wearing masks or staying inside for a few weeks. That isn’t what I do here.

What I do here, in as many ways as I can come up with, is my own humble part in trying to save the world from destruction at the hands of manipulative sociopaths. Right now the most imminent threat on that front is the extremely dangerous cold war that the US-centralized empire is openly ramping up against China and its loose cluster of de facto allies, which everyone who insists that we all need to focus on Covid-related oppression has been completely ignoring.

The Real Deep State Power Grab: Notes From The Edge Of The Narrative Matrix

I have no problem with people focusing on government responses to Covid and potential establishment power grabs ensuing therefrom, but I need more evidence before I can say that’s the primary issue we all need our eyes on right now. So far that evidence has not been forthcoming.

Authoritarian abuses don’t seem to be falling along the lines of any existing power structures; they are happening in many of the same ways all around the world regardless of what power structures are in control there. It looks very possible that there is no solid global power grab underway with regard to this virus at all. It still looks very possible that all we’re seeing is governments around the world behaving in a way that is arguably ham-fisted and incompetent, combined with a mad scramble of various authoritarians opportunistically trying to insert pre-planned agendas into the fray with mixed success and without a lot of coordination.

It’s also very possible that patterns are disintegrating and narrative-based illusions are crumbling at a faster and faster rate which may ultimately result in the ruling power structures no longer being able to retain control, and that this virus may be playing a major role in this movement.

I can promise that I am still watching and still gathering information, but I can also promise that I’m not going to pretend I see something I don’t yet see or connect dots that don’t yet really connect. I’m not here to tell people what they want to hear or repeat things they’ve have already heard repeated by others.

I don't belong to any political clique or faction, and I don't want to. Sometimes people say I'm trying to infiltrate a movement or ingratiate myself to some faction with my writing, but I've never done that and never will.
I stand alone. My work, good or bad, is just me being me

I don’t write like other analysts. I’m always reading and gathering information like anyone else, but I also operate largely by feel, pushing against things and sensing into them and checking in with my guts about what’s really true. This can cause me to move in a way that’s a bit different from other commentators on the indie scene, or sometimes a lot different. But it’s the only way I know how to move that is truthful.

Again, I have no objection to the way other indie media are writing about the pandemic and it would never occur to me to try and tell them how to do their jobs. All I know is how to do what I do, and I’m the only one in the world who knows how to do that. I am the best Caitlin Johnstoner that has ever lived. I am the Michael Jordan of being Caitlin Johnstone. It’s all I will ever have to offer. Some like it, some don’t, but it’s the only thing I can ever be.

So I just do it as truthfully as possible. And I promise that I always will.