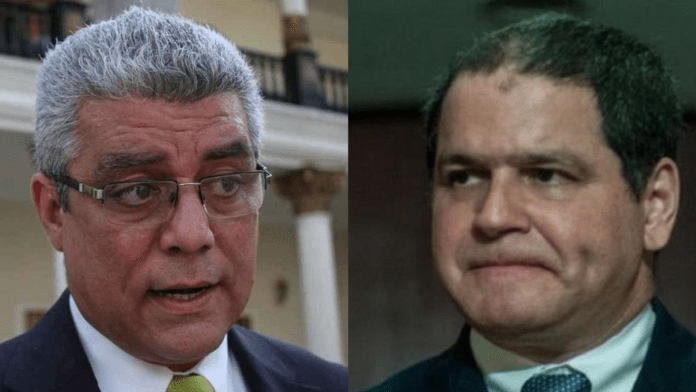 A new chapter was written this week in the turbulent chronicle of frequent clashes between factions of the Venezuelan opposition. The most recent tensions occurred in the ongoing  competition for nominations to the candidacy of governorships and mayoralties among right-wing politicians, this time in Lara state.

The spat involved Alfonso Marquina and Luis Florido, as the former expressed his annoyance on social media networks at what he considered the imposition of the latter by the self-styled Democratic Unity Roundtable (MUD), which brings together several opposition parties.

RELATED CONTENT: Dilemma: Who is the Opposition Candidate for Governor in Miranda State?

Along with Sobella Mejías, who will run for mayor, Marquina was among the possible candidates for the G4 Plus, as the coalition is known that includes Democratic Action, Popular Will, Justice First, A New Era, COPEI and Convergencia. However, the G4 Plus finally ended up supporting Florido, using the MUD card.

“They cannot try to impose from Caracas, for reasons other than those that should deprive [candidacies] in a process of electoral unity, other candidates that do not guarantee victory,” denounced Marquina via Twitter. “Here the unity has to be to won, and not [created] to satisfy personal or partisan interests.”

More division on the right
At the moment, Marquina has not announced what action he will take, but maintained that he will continue to consider the decision to be an improper imposition, in the absence of any proper explanation on the part of the MUD.

Another opposition politician who ran for governor of Lara was Henry Falcón, who defected from the ranks of Chavismo several years ago. For its part, the Great Patriotic Pole supports the candidacy of Adolfo Pereira, of the United Socialist Party of Venezuela (PSUV).

In Marquina’s opinion, the so-called G4 promised to receive support from political organizations in other states, in exchange for supporting a particular candidacy in Lara state. Marquina described these maneuvers as “a kind of distribution of cards.”