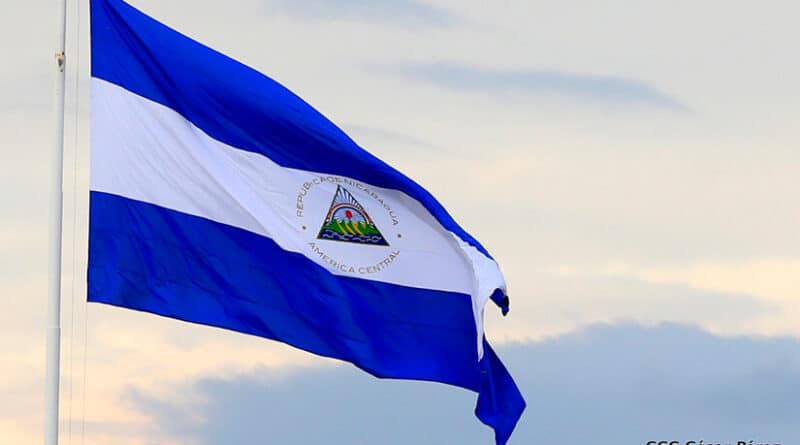 Only the most perverse kind of ideology-derived inertia explains the stupidity, incompetence and criminality of current US foreign policy towards Cuba, Nicaragua and Venezuela. Stupid for being based on the insane messianic 19th Century Monroe Doctrine vision of Manifest Destiny, the US, in Nicaragua’s case, has applied for 40 years essentially the same unsuccessful policies that have failed for 170 years, ever since the defeat of William Walker. Now the US authorities have taken up where they left off following the landmark 1986 International Court of Justice ruling condemning US terrorist aggression against Nicaragua.

Having already resumed illegal unilateral coercive measures attacking Nicaragua’s economy, the US government is now openly supplementing its economic aggression with a program intended not just to supplant Nicaragua’s Sandinista government but ultimately to destroy Sandinismo as a viable political movement. They want to turn Nicaragua into Bolivia. Last week, Managua’s Radio La Primerísima revealed the contents of a USAID document with details of this next US government effort at regime change in Nicaragua. The document outlines the main elements of a program called Responsive Assistance in Nicaragua (RAIN). As if it were designed to fail, the thinking behind RAIN is wantonly yankee in practically every sense, bumptious, superficial, self-regarding technocratic nonsense. Its premises are irrational from the start, like an alchemist’s recipe, lost in spurious detail, oblivious to its demented absurdity.

Other writers like Brian Willson, Wiston López, Ben Norton, John Perry and Nan McCurdy have done excellent analysis of the USAID document and its significance. They point out that, in the short to medium term, the plan actually acknowledges likely failure, because USAID’s planners recognize that the Sandinista Front (FSLN) will probably win the national elections in 2021. That likelihood was made very clear this week with the publication of an opinion poll by the widely respected M&R consulting company showing political support for the FSLN at 50% and for the opposition at 10%. In this context, RAIN is clearly a plan for the next decade, establishing a permanent in-country destabilization unit to better manage, coordinate and integrate open and covert regime change activities, both in-house and outsourced.

RELATED CONTENT: The US Contracts out its Regime Change Operation in Nicaragua

This aspect of the document suggests that even the monsters-in-human-form running United States’ foreign policy terror programs recognize that Nicaragua cannot be destroyed, pillaged and mismanaged as they have so far got away with doing in Haiti or Honduras. Even so, the plan underestimates the level of traumatic political and social change needed for it to work, unlikely to be achieved by conventional US techniques of softening up countries to overthrow their governments. One sign of this is the way it discounts the profound patriotic strength and robust democratic vision of Nicaragua’s 1987 constitution which even 17 years of US owned neoliberal government between 1990 and 2007 failed to weaken.

This lack of a sense of history and the ensuing inability to understand Sandinismo, along with hopeless tactical timing and poor strategy, are enduring characteristics of US foreign policy failure in Nicaragua. US foreign policy strategists thought the FSLN was finished after losing the 1990 elections, believing the local right-wing US puppets had a long term, unassailable, structural electoral majority. They were wrong. Then they thought Nicaragua’s Sandinista government would succumb to the crisis of 2008-2009. Wrong again. Thanks in large part to Comandante Hugo Chávez and ALBA, President Daniel Ortega’s government actually came out stronger and easily won the national elections in 2011 with a big majority in the legislature as well .

Then, in 2018, the same US foreign policy deadbeat svengalis thought that by coopting youth, threatening private business, weaponizing NGOs and via blitzkrieg-style, industrial scale lying on social media they could wipe out Sandinismo in Nicaragua. Wrong yet again. Now the Sandinista Front is as strong as ever, despite the complex problems provoked by the COVID-19 pandemic. RAIN continues the dysfunctional pattern of sinister US foreign policy derangement with its implicit false premise that the US can secure a more successful outcome than in 2018, if only they can better consolidate, enhance and improve their non-governmental, media, business, religious and political fifth column in Nicaragua. They followed that will-o’-the-wisp from 2006 to 2018 and ended up defeated, just as they have been since 1998 in Venezuela and since 1959 in Cuba.

Even so, the USAID document’s fantasy frame of reference still reflects the involuted narcissism of the US Embassy’s false propaganda that Nicaragua is a hapless dictatorship with a failing economy and inadequate public services. Even a look out of the US embassy window in Managua shows the opposite: brand new infrastructure, vibrant commercial life and a clean environment. The UN’s Economic Commission for Latin America and the Caribbean has just reported that while the rest of Latin America and the Caribbean are suffering drastic falls in their exports, Nicaragua has seen a remarkable 14% increase for the period to May this year over 2019. The report notes, “Nicaragua capitalized on the rise in the price of gold and in the volumes of agricultural and livestock products exported (including coffee, sugar cane, beans and tobacco).”

Pick a sector, any sector, of national life and President Daniel Ortega’s government team have a clear decisive policy plan effectively addressing that sector’s needs within the budgetary imitations of a small impoverished country of 6.5 million people subject to economic attack by the United States. Electricity coverage? Look here. Competitiveness? Look here. Telecommunications? Here. Access to drinking water? Read this. Rural water and sanitation? Look here. Civil defence capacity ? Here. Role of local government? Here. Infrastructure development? Look here, here and here and read this and this. Geoscience technologies? Here. Innovation? Read this. Education? Read this, this, this and this, as well as this and this. Public health and COVID-19? Look here and here and read this and this.

Defending the popular economy? Here. Defending the family, youth and children? Here. Citizen Security? Look here. Community policing? Here. What about overall social spending? Surely that must have suffered given the economic debacle described by the US State Department? Not at all, look here. Food production and food security? Read this and this and look here, here and here. And isn’t Nicaragua hopeless on the environment? Don’t be ridiculous. Look here, here and here and read this. And isn’t property and security to land title in chaos, especially for indigenous peoples? Also absurd, look here.

All these policies reflect the focus of the Sandinista Front’s historic program on realizing the rights of the human person, for everyone living in Nicaragua, brought up to date and carried out successfully despite great difficulties. They make the false claims of the US authorities and the mercenary losers comprising Nicaragua’s opposition, whom the US has bankrolled for over a decade with tens of millions of dollars, look completely out to lunch. M&R’s latest survey shows that over 80% of Nicaraguans would like the country to return to its situation prior to 2018 and 67% of people think Nicaragua is getting back on track to resume the progress it enjoyed before the violent, failed coup attempt of that year.

But isn’t free speech under relentless attack under Nicaragua as freely proclaimed every day by Channel 10, Channel 12, Channel 23, 100% Noticias, Radio Corporación, la Prensa, Confidencial and a plethora of local radio and cable TV outlets? Um… some mistake here surely… And isn’t everyone afraid of “Putin’s, Assad’s, Castro’s, Maduro’s, Gaddhafi’s…surely the caricature is in here somewhere… Ortega’s!” repressive police? Well, according to M&R’s research, 62% of Nicaraguans think their police are highly professional. 62% of people think there is a high level of respect for freedom of expression and human rights and the proportion of people thinking of emigrating has dropped from 45% in April 2019, the low point of the economic impact of the failed 2018 coup attempt, to 28% now. In fact, thousands of Nicaraguans have been desperate to return to Nicaragua after finding their situation unsustainable overseas during the pandemic.

The US government has failed notoriously to meet the needs of its own people during the current pandemic but can still find money to try and destroy a small country whose success makes US social, economic and environmental policy look arbitrary, negligent and criminal. After 170 years, the US ruling class have nothing to forget about Nicaragua because in all that time they never learned a thing. But all they really they need to know is this: the Sandinista Front plans its work, works it plan and then… they win, because they uphold the interests of Nicaragua’s people. Right now, Nicaragua is half way through a rainy season that has blessed the country with what looks like an abundant first harvest with strong indications currently of good second and third harvests too, later in the year. Along with all its other achievements, that’s why, for now anyway, Nicaragua is singin’, just singin’ in the rain…