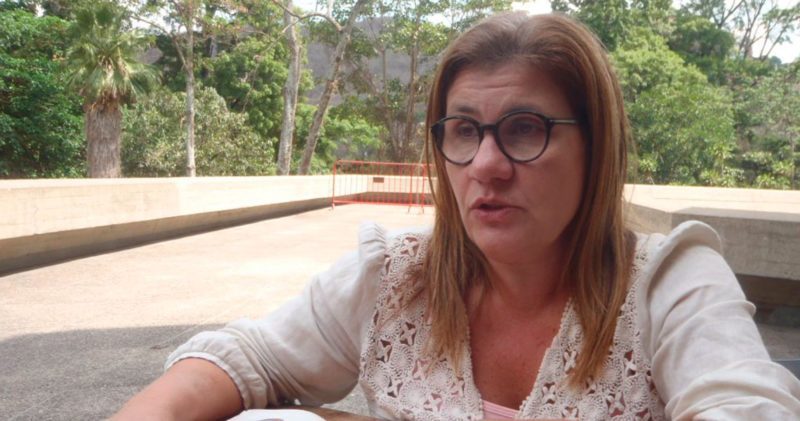 Much is made in the media of Venezuela’s deep economic crisis. But why does Venezuela have the world’s highest inflation rate and what impacts have the sanctions really had on the country? Green Left Weekly’s Federico Fuentes spoke to Venezuelan economist Pascualina Curcio, from the Simón Bolívar University, to find out more.

Hyperinflation is a grave problem in Venezuela, but its causes are less clear. How do you explain it?

The determinant cause of hyperinflation in Venezuela is the political manipulation by third parties of the exchange rate between the bolívar [Bs, Venezuela’s local currency] and the US dollar. That is why we have said this is induced hyperinflation.

Since 2006, certain websites have set a supposed value of the bolívar that has no bearing on its real value. Economic agents have in turn used these exchange rates as reference points when calculating costs and prices.

The sequence of events goes something like this: these websites set a higher price for the dollar in regard to the bolívar and influence a psychological variable, known as rational and adaptive expectations… Economic agents observing a long-term trend towards a supposed depreciation of the bolívar wait for this trend to continue and adapt their costs and price calculations based on this value, even though it is fictitious.

Hyperinflation is due to this attack on the local currency and political manipulation of its price.

[BsF refers to Bolívar Fuerte, the currency in use from 2007–18. Since then, the Bolívar Soberano, BsS, has come into circulation.]

We can say with absolute certainty that in Venezuela, there is nothing from the economic point of view that has occurred that could explain such as a large and supposed depreciation of the currency.

Instead, what we are dealing with is political manipulation.

Hyperinflation is an imperialist weapon, a non-conventional one, which leads to the pulverisation of real salaries and a contraction in levels of national production. As the purchasing power of the working class deteriorates, demand for products reduces, meaning producers are forced to decrease production.

The opposition and media say that most of the sanctions imposed on Venezuela have been targeted at individuals — at least until this year — and that therefore they have not impacted on the country’s economic situation. What can you tell us about the impact of the sanctions?

There have been specific sanctions on state officials as well as unilateral and illegal coercive measures that have impacted not on the economy but on the entire population of Venezuela.

For example, in August 2017 United States President Donald Trump signed a decree in which he prohibited the Venezuelan government and PDVSA, the state oil company that generates 98% of the country’s income, from being able to acquire new debts.

The Bank of England has seized $1.2 billion worth of gold that belongs to the republic, while [Belgium-based financial services company] Euroclear has seized $1.6 billion that was destined for importing food and medicines.

Recently, the US expropriated Citgo, PDVSA’s US subsidiary, in a move that represented a loss of $7 billion in assets and more than $11 billion in lost trade for this year alone.

These actions add up to the loss of about $21 billion.

To this we should add the impact of the attack on the currency and the contraction in national production due to the political manipulation of the exchange rate, which is worth another $91 billion, making for a total of $114 billion.

This sum represents roughly one year’s GDP, or the amount needed to import food and medicine for the next 26 years.

These are unilateral coercive measures that affect all the population in a deliberate and systematic manner. That is why, in accordance with the Rome Statutes [of the International Criminal Court], they are crimes against humanity.

It seems the government has been unable or unwilling to confront this economic situation. How much blame do you think can be laid on the government for the current situation?

The government has made important efforts to counteract the effects of the economic war.

For example, faced with selective and programmed food shortages, it created the Local Committees for Food Distribution and Production, through which organised communities distribute food.

It has strengthened trade and financial alliances with countries such as China, Russia, Turkey, Iran and India, as a way of dealing with the unilateral coercive measures.

It has shifted from using the US dollar to other currencies.

The most important problem right now is the attack on the currency, which distorts everything to do with the internal economy. It is a very powerful weapon.

In this sense, the government should centre its efforts on combatting this weapon, along with continuing to do what it has been doing until now to counteract its effects.

Given the situation and economic blockade, is it possible for Venezuela to get out of this crisis in the short term? What measures should be taken to at least confront the most immediate impacts of the crisis?

Venezuela is a country that has a lot of natural resources, including the largest oil reserves and one of the largest gold reserves in the world. It also has allies such as China, Russia, India and Iran.

In this sense, there are good perspectives and conditions for Venezuela to overcome the situation.

In terms of measures that could be taken, we have proposed the need to strengthen the bolívar and stop third parties manipulating its price.

On the one hand, make the bolívar a gold-backed currency, a proposal in line with the route that the new international monetary system is taking with China’s creation of the gold-backed petro-yuan.

On the other, to increase the amount of international reserves held in gold, something that is perfectly feasible given the large quantities Venezuela has at its disposal.