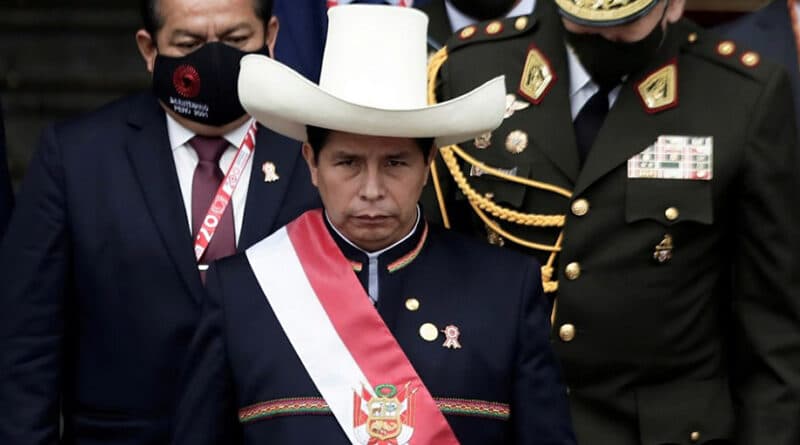 On Friday, October 22, Peru annulled the designation of its new ambassador to Venezuela, who was prohibited from leaving the country as he was under the scrutiny of the judiciary for allegations of money laundering, Peruvian Foreign Affairs Ministry reported.

“Peru proceeds to inform the government of Venezuela that the proposed appointment of Mr. Richard Rojas García is without effect,” the Foreign Ministry said in a statement.

On Wednesday, October 20, a Peruvian judge issued an order temporarily prohibiting Rojas, appointed by President Pedro Castillo as ambassador to Venezuela, from traveling to Caracas, for being under investigation by the prosecution for alleged money laundering. Rojas is a leader of the ruling Peru Libre party.

Since leftist Pedro Castillo took office, the Peruvian elite deeply embedded in the judicial and legislative branches as well as in the executive and the military, has initiated a sabotage campaign to boycott any major decision the new president presents, making the exercise of power almost impossible by a government that is everyday being more limited in its capacity of action.

Many analysts have suggested Castillo to move forward with one of his mains electoral promises—the drafting of a new Constitution—in order to rearrange the balance of power in a country where ultra conservative and corrupt forces are deeply entrenched at every level, that only defend the interest of the white urban elite of Lima while neglecting for decades the interests of the vast majority of Peruvians.

President Castillo, in power for almost three months, appointed Rojas last week to reopen the Peruvian embassy in Caracas as part of the relaunch of relations at the ambassadorial level between the two countries. Rojas’ appointment in Caracas came after Panama had rejected him as Peruvian ambassador in September.

The Peruvian prosecution maintains that Rojas “collaborated in the execution of transfers and concealment of the illegal financing of the 2021 presidential campaign of the Peru Libre party, of which he is a national leader.” The appointment of the new Peruvian ambassador in Caracas entails the reciprocal appointment of an ambassador of the Maduro government in Lima, Alexander Yánez Deleuze. This appointment has already received the approval of the Venezuelan National Assembly, and Yánez should be soon starting his work in Lima.