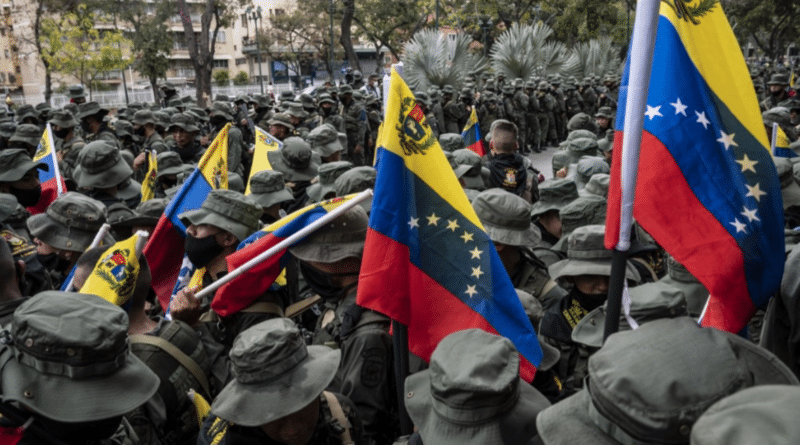 “Zero tolerance for armed groups coming from Colombia into Venezuelan territory, zero tolerance,” declared Venezuelan Head of State and Commander in Chief of the Bolivarian National Armed Forces (FANB), Nicolás Maduro Moros, during his weekly brief on the COVID-19 situation in the country this Sunday, March 21.

President Maduro added that the Bolivarian Shield Supreme Commander Hugo Rafael Chávez Frías 2021 military operation, which began on March 5, is currently being carried out throughout the national territory, to protect “our borders from Colombia’s abandonment of the entire border.”

On Sunday, the small Venezuelan town of La Victoria in Apure state became a trending topic, due to alleged clashes between the Venezuelan army and irregular armed groups from Colombia. The reports, coming mostly from right wing sources, hinted at an alleged confrontation between Venezuelan army units and a dissident FARC group.

The president stressed that the abandonment of the Colombian border on part of the administration of the neighboring country results in armed groups crossing the border and entering the Venezuelan territory, because of which “our Armed Forces have to keep fighting.”

“That is their war over there,” continued President Maduro. “We have already contributed quite a bit to the peace [in Colombia], and they are very ungrateful to us; the Santanderist oligarchy of Bogotá is very ungrateful,” he added.

RELATED CONTENT: Colombia’s Insurgency Resumes: Why Segunda Marquetalia, a Wing of the Farc, Have Returned to War

In this sense, President Maduro reiterated that “the Bolivarian Shield Exercise, which we started on March 5, has remained active at the intelligence and counterintelligence level. There it is fighting in real time and giving results in maintaining stability, the exercise of sovereignty, the territorial control of Venezuela,” he concluded.

It should be noted that in the Bolivarian Shield Exercise Supreme Commander Hugo Chávez 2021, which is a Joint and Comprehensive Action Exercise of the national military, the 5 components of the FANB are participating, namely, Army, Aviation, National Guard, Bolivarian Navy and Bolivarian Militia. Different police and counterintelligence bodies are also involved.

This deployment is planned for its execution in the Territorial Defense System, which means that it is national in scope, and remains under the coordination of the FANB’s Operational Strategic Command (CEOFANB).