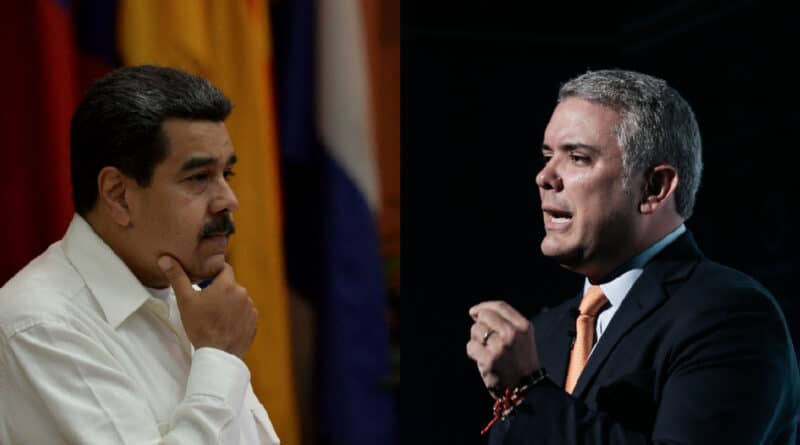 This Saturday, March 20, Venezuelan Minister for Foreign Affairs Jorge Arreaza responded to the folly of Colombian President Iván Duque who called his Venezuelan counterpart a “killer.” Only 48 hours earlier, US President Joe Biden had similarly called the President of the Russian Federation, Vladimir Putin, a “killer.” Hence, the head of Venezuelan diplomacy wondered if it was a “viral mirror effect,” referring to the wonderful response Russian President Putin gave to Biden after the latter’s lame accusation.

During a program broadcast by Channel 1, Colombian President Iván Duque stressed that what he said about Venezuelan President Maduro was not a “reckless” statement, but was based on “evidence” that, according to him, the United Nations (UN ) and the International Criminal Court, have in their power.

Iván Duque, referring to the Venezuelan president, declared that “persecuting, torturing, murdering and imprisoning citizens qualify one to deserve the title of killer,” reported the Colombian national television.

Of course, Venezuela’s reaction was swift, and it came from the head of the Foreign Affairs portfolio, Jorge Arreaza. Through his Twitter account, the minister recalled that first it was Joe Biden, “the President of the country that has carried out the highest number of wars and genocides in the world,” who described his Russian counterpart, Vladimir Putin, as “killer.”

“Now,” he continued, “the president of the most bloodthirsty and violent oligarchy in America calls the president of Venezuela a murderer. The mirror effect goes viral.”

In Colombia, almost every week there are massacres of social leaders, political activists, and demobilized FARC fighters. President Duque and his closest aides have been accused—with incontrovertible proofs—of having direct relations with narco-terrorist and paramilitary organizations. In addition, Duque has protected and harbored terrorists in Colombia, and has backed and helped launch mercenary operations against Venezuela, something that has even been recognized by Colombian authorities.

It is worth recalling that on Wednesday, March 17, US President Joe Biden, during an interview for the program Good Morning America of ABC News, responded affirmatively when asked if he thinks his Russian counterpart, Vladimir Putin, is a killer. Biden affirmed that the Russian president will “pay” for the alleged interference in the United Stations presidential elections. Till date, there has been no proof of Russian intereference in US elections, although this accusation is repeated almost daily by US mainstream media.

After Biden calls him a "killer", Putin classily responds by implying the US President is talking about himself and wishes him good health. pic.twitter.com/GfUoMHdTwP

On March 17 itself, following Biden’s alarming accusation, Russia called back its ambassador in Washington to Moscow. This was done “in order to analyze what is to be done and what is the way forward in the context of Russian relations with the US,” read an official statement from the Russian government. Later, Putin said that he wished Biden good health, mentioned the mirror effect referred to by many psychologists, and invited Biden to an online public debate.