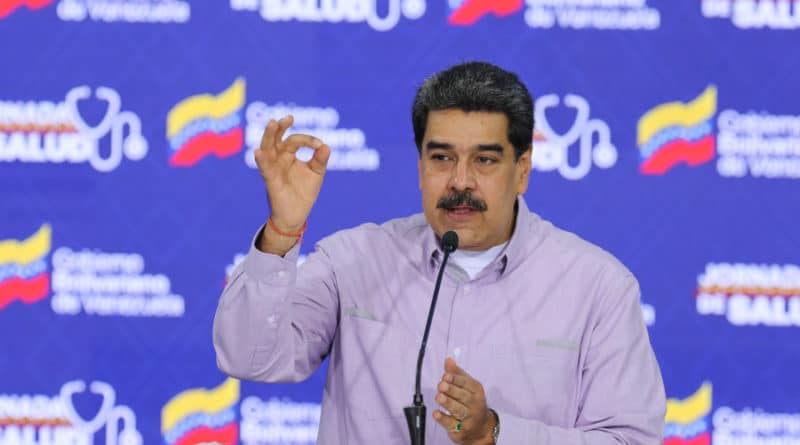 This Thursday, the Venezuelan President, Nicolás Maduro, denounced “new groups of mercenaries” being formed in Colombia with the objective of coming to create violent actions in Venezuela. “New groups of hitmen, mercenaries and terrorists are being formed in Colombia. We have the names, the place where they are, those who protect them and everything points to Iván Duque again, ” he said during a working meeting with the health team, broadcasted by VTV.

In this sense, the first national president also denounced that the main objective of the Colombian government with these new mercenary groups is to sabotage peace in Venezuela.

He also stressed that “although the assassins of the policy that tried to execute his assassination, selective assassinations, and to bury the Bolivarian constitution, were defeated politically, morally, spiritually, militarily and legally by the people, he does not rule out that they continue in their efforts to destabilize the country with terrorist actions.”

He stressed this Thursday that in the coming days new data on this aggression against the country will be revealed and emphasized that “small groups of hitmen, terrorists and mercenaries are already formed at this time,” he said.

On May 3, Venezuela thwarted an attempt at a maritime invasion with mercenaries and military deserters on the coasts of the states of La Guaira and Aragua, from the Colombian Guaijira, one of the territories where terrorist actions were planned according to the evidence and testimonies shown by the Venezuelan government.