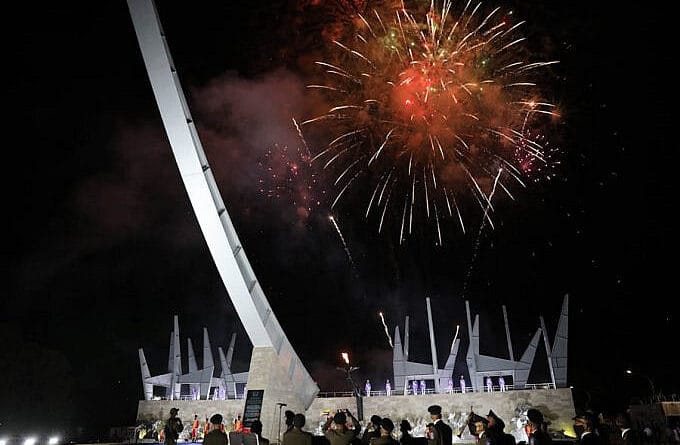 On Tuesday, June 23, the President of Venezuela, Nicolas Maduro, attended the inauguration of  monuments built and restored as part of the Bicentenary of the Battle of Carabobo and the Bolivarian Army Day. ”Two hundred years later and here we are a united and victorious people, standing tall, and proud of our history,” said President Maduro from Campo de Carabobo near Valencia, Carabobo state.

”It was Commander Chávez who brought Bolívar to walk alongside the Venezuelan people,” added the head of state.

President Maduro recalled that Bolívar was betrayed time and again, but his project was sealed in history.

”The commemoration of the 200 years of the Battle of Carabobo has started,” said the head of state, inaugurating the monument. ”This special monument to the homeland is inaugurated.”

The president asserted that starting from 1821 and now in 2021, Venezuela is heading towards ”2030 breaking free from the curse of betrayal… And today, starting from these 200 years, we open the doors to a new era of unity, love, work, prosperity and growth.”

”Let us make Venezuela free, let us defend the peace of Venezuela, let us make free this beautiful land of so many examples,” concluded the president.