Since the transformation process led by Commander Hugo Chávez began, Venezuela has continuously been in the eye of the media hurricane. A good research project for the new generations of communicators and journalists would be to make a detailed inventory of the many and varied lies against the Bolivarian Revolution, all set against the country and its people over the last two decades. The media disinformation campaign has even worsened in the midst of the COVID-19 pandemic.

Surely the list of falsehoods will be as surprising as it is extensive. But perhaps it has been in these last 5 or 6 years of extreme aggression that media inventions tarnishing the nation have proliferated with greater virulence. The technological revolution and the impact of social media corporations and all its platforms have provided spokespersons to the main detractors of the government.

It is clear that now a kind of bloc has been formed, where all the traditional media of international ”prestige” are aligned. However, modern day ”influencers” or ”opinion leaders” have also joined in. The two groups give each other feedback and thus put out ”news” of the most bizarre kind.

Stirring up chaos
The purpose of this strategy, as always, has a single objective—to create anxiety, mistrust and chaos. In this context, the COVID-19 pandemic has been quite an inexhaustible source in the attempts of this media bloc to try to generate agitation at the level of public opinion.

”Prestigious” mainstream media—both national and international—announced from the very beginning of the pandemic in Latin America that Venezuela would collapse in terms of deaths and infections from COVID-19. In spite of those ominous forecasts, it has not been like that at all. Even with the blockade and all its cruelty, the Venezuelan government has faced the crisis with much greater success than its principal neighbors and continues to have some of the best figures in the world in terms of recovery rates and deaths.

While Colombia and Brazil have collapsed from COVID-19 infections and deaths, Venezuela continues to refine and implement health protocols and actions, with results that deserve to be highlighted. This is no small feat, especially in a region like South America that is already considered the global focus of the pandemic, and that too in a country like Venezuela, blockaded and relentlessly besieged by the US and Europe.

On June 20, Venezuela’s neighbor Brazil exceeded 500,000 deaths, and on an average 2,000 people are dying from COVID-19 per day in that country. For their part, Argentina and Colombia, together having about 95 million inhabitants, are exceeding three times the daily deaths of entire Africa. 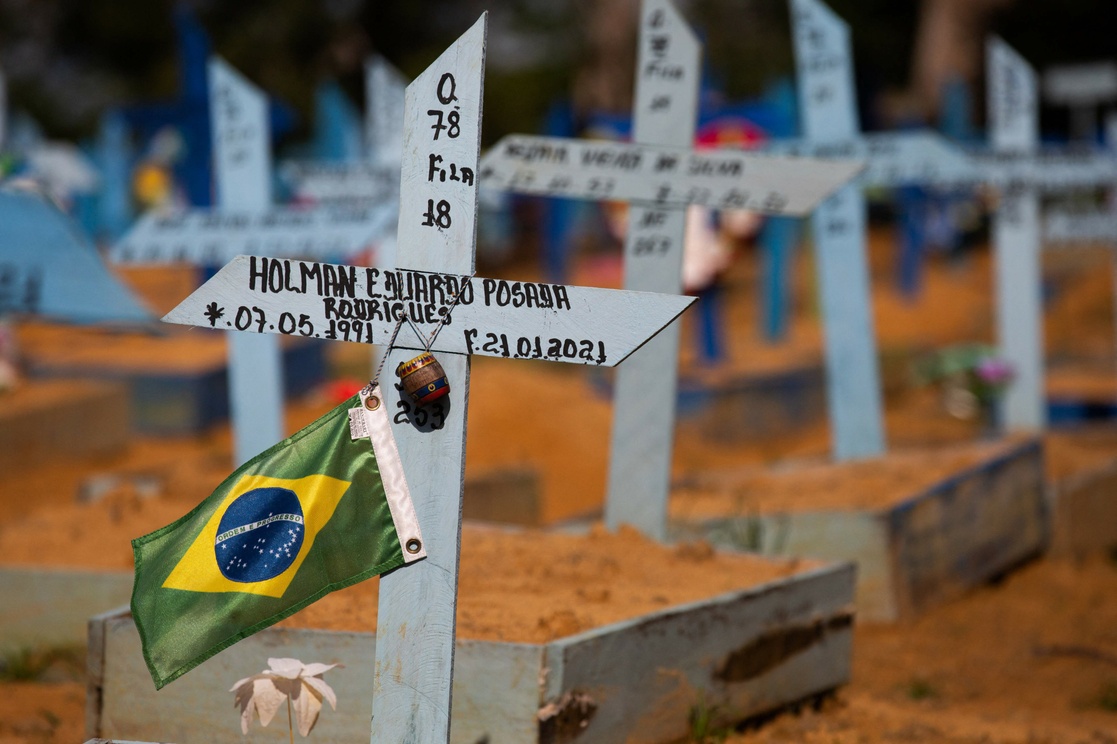 Impossible lies
The figures quoted above come from a recent report by no other than The Wall Street Journal, that referenced research from the internationally renowned Johns Hopkins University. Technically, Venezuela could not be added to the list of countries collapsing under the pandemic. They did not dare to lie so blatantly. How could they anyway, when the daily average death from COVID-19 in Venezuela does not reach 25? And the total death toll during the entire period of the pandemic has not reached 3,000 yet?

It is then that the media bloc started attacking the mass vaccination process. According to some titles of ”prestigious” news outlets, ”lack of planning and order may be conspiring” against immunization in Venezuela. The director of the NGO Médicos Unidos de Venezuela (MUV), Jorge Lorenzo, decries that there is ”anarchy” in the planning of vaccination against COVID-19 in the country.

All sorts of lies are being disseminating in regard to the mass vaccination program. ”Vaccines are assigned based on political affiliation.” ”There is discrimination.” And more recently—”the extension of the deadline for administering the second dose of the Russian Sputnik-V vaccine leaves people without protection.”

Equal priority
The truth, of course, is completely different. First of all, nobody has been discriminated against during mass vaccination in Venezuela. One only has to listen the testimonies of neighbors and the people in one’s community to understand this. Everybody who has got a vaccine dose has been called and vaccinated, regardless of their socioeconomic status or their political affiliation.

The fact that the Patria system has been used to organize the whole process says a lot about good organization and transparency. In Venezuela, one is called to be vaccinated through a text message delivered by the Patria system to one’s registered phone number. After vaccination, if one logs into their Patria profile, the system will ask them to provide all the details of the vaccination. This is done to double check if the process was successful, and also to double check if the vaccine was delivered to the intended person.

The process is moving forward. The fact that it is not going faster is precisely because of the obstacles created by the blockade and the financial siege against the country. However, last week the US administration of President Joe Biden issued a resolution, which is allegedly intended to ease the blockade a bit. This should have helped speed up the vaccination process, but so far no visible change has been observed; hence the announcement of easing of sanctions might have been a new media stunt made in USA.

Similarly, with regard to the supposed loss of effectiveness of Sputnik-V by lengthening the period between the first and the second dose from 21 days to 90 days, it must be clarified that it is another blatant fake news. It should be added that many countries—using whichever vaccine available—have opted for prolonging the period between the two doses due to the scarcity of vaccines.

Dismantling fake news
The first thing that must be mentioned regarding the vaccine is that when the first dose is applied, the person who receives it already develops protective antibodies. This has been demonstrated by studies of data collected in many countries, including Argentina. The second dose would be a booster, the purpose of which is basically to extend the period of immunity even more. 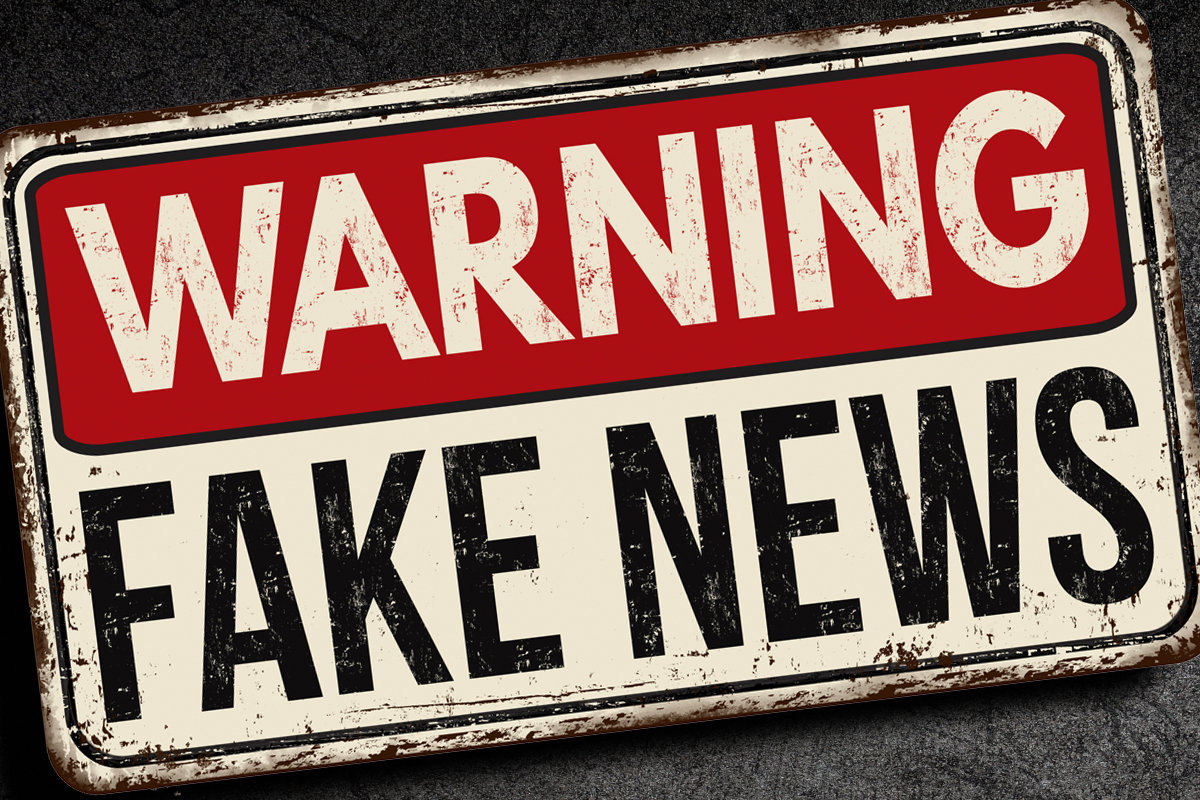 The manufacturer of the vaccine itself, the NF Gamaleya Center clarifies it exhaustively: ”This increase in the interval [between the two doses] will not influence the strength of the immune response induced by our vaccine, and in some cases it will increase and prolong it.” Hence, this is not an isolated or arbitrary decision; Venezuela is simply following the protocols recommended by the manufacturer of the vaccine itself.

The government has asked the senior citizens, who have already received their first dose, to wait for official information; to wait to be contacted to reschedule the date of administering the second dose. Therefore, there is no need to echo rumors and unofficial versions. We have to remain calm and follow biosafety regulations to the letter. It should be kept in mind that even after getting vaccinated, one must maintain strict compliance with all protective measures recommended by healthcare authorities and experts.