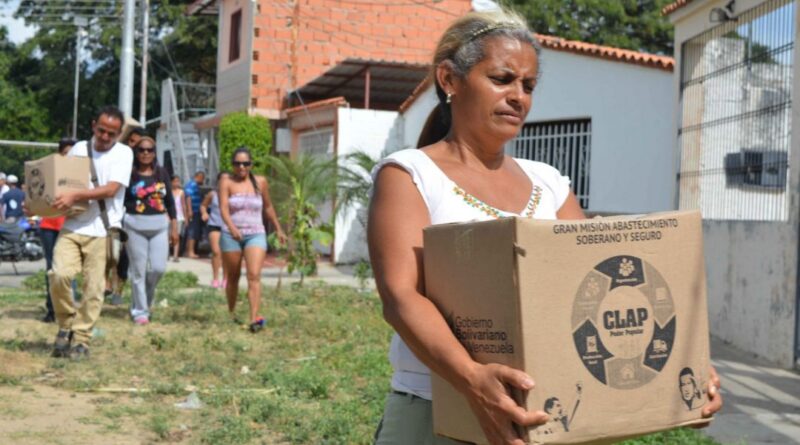 Venezuelan Minister of Food, Carlos Leal Tellería, presented the regionalization plan and the strengthening of the CLAP nutritional program to the president, taking advantage of the productive capacity of each region and the consumption patterns of the population in each state, and including products that could increase the nutritional caloric value up to 30% .

“Each state has local food items, items that can adjust to their local consumption patterns, that is, each state could have a different recipe, appropriate to its local production, based on the national flag project, and maintaining the same nutritional levels. The objective is to incorporate and improve the nutritional content of the CLAP base recipe,” said the minister.

He explained that through pilot tests, it was found that by incorporating these indigenous products from the localities the nutritional content could be increased by at least 30%.

“It is with internal productive forces that we will be able to overcome the blockade, definitively,” said the Minister of Food.

“The regionalization and strengthening of CLAP combinations is the way. We must improve the quality, content and quantity of the products of the combos,” said President Nicolás Maduro when approving the project presented by Minister Leal Tellería during a televised working meeting on Wednesday, where the president decreed March 12 as National Food Day.

RELATED CONTENT: Cargill, Oligopolies and the Blockade of Venezuela

President Maduro asked for the Minister of Agriculture, Castro Soteldo, to respond to the need to produce for CLAP. “You have to complement everything, making the CLAP program a pipeline, a safe haven, that’s guaranteed to reach the people.”

He recalled that a year ago they tried to block the CLAP: Washington, through their illegal sanctions blocked the procurement of certain items from Mexico, but now CLAP combos are delivered to seven million Venezuelan households, he added.

“The opposition cannot understand the miracle of the Bolivarian victory. In the face of so many attacks, we have a Venezuela that fights and resists. We are committed to our people, there will be no right-wing government, there will be no imperialism to stop us, for our country we give our lives,” said Maduro.

Our organized people have been able to overcome these attacks.

He insisted that the Ministers of Food, Carlos Leal Tellería, and of Agriculture, Castro Soteldo, respectively, have the full support of the national government to expand and consolidate production processes and guarantee supplies of food to the Venezuelan people who are in resistance. “I am a president who opens paths and alternatives to protect the people,” concluded Maduro.