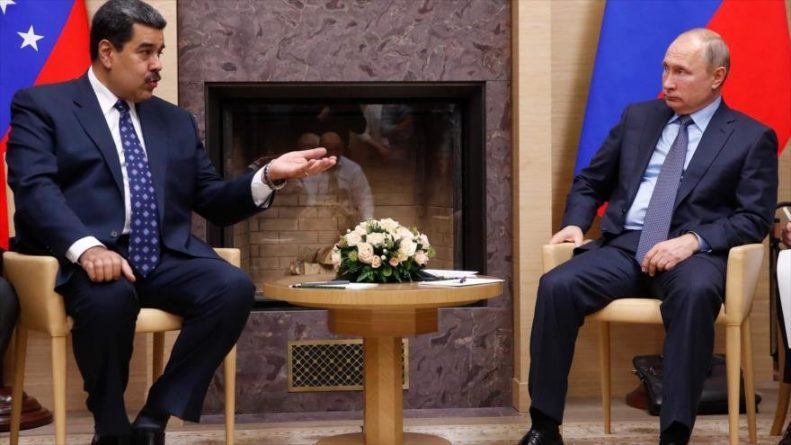 The president of Russia, Vladimir Putin, has condemned on Wednesday any ‘attempt’ and ‘terrorist action’ to change the situation in Venezuela.

“Of course, we condemn any action that has a clear terrorist nature, any attempt to change the situation with the help of force,” Putin said in a meeting with his Venezuelan counterpart, Nicolás Maduro, at the presidential residence in Moscow (Russian capital ).

After admitting that “the situation in Venezuela is still difficult,” the Russian leader stressed that the Kremlin supports Maduro’s efforts to “achieve understanding in society (…) and the normalization of relations with the opposition.

“For his part, Maduro has assured that his country has been a victim of “all kind of aggressions”, but has learned the lesson.

“Our region (Latin America) has always been treated that way, for the last 100 years, and I think we have found the point to move forward. (…) We are standing and winning, “said the president of Venezuela.

Of course, we condemn any action that has a clear terrorist nature, any attempt to change the situation with the help of force, “said Russian President Vladimir Putin.

Russia rejects any external pressure on the government of Venezuelan President Nicolás Maduro and warns that such an approach “is counterproductive.”

In recent years, Venezuelan opponents supported by some foreign governments such as the United States and Colombia have made all their efforts to overthrow Maduro.

Last August, the Venezuelan leader was the target of an attack – claimed by the armed group “National Movement of Flannel Soldiers” – with drones fitted with explosives when he delivered a speech before officers of the Bolivarian National Guard (GNB).

The attack was condemned by several countries of the world.In September, the U.S. newspaper The New York Times published an article in which it was indicated that the US Administration had established “a clandestine channel” with military coupists from Venezuela to organize riots in the South American country [and was aware of the terrorist plan].