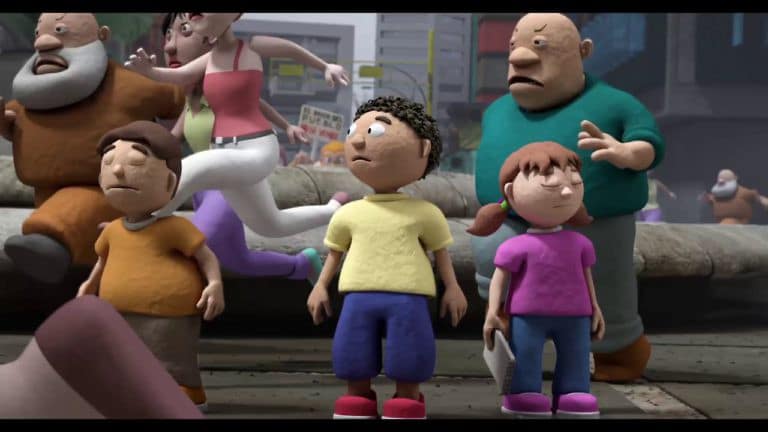 On December 14, H2O, the first digital animation film made in Venezuela, will be released in cinemas around the country.

The film, which uses “stop motion” technics, is starring the characters of the series of comiquitas [cartoons] that is broadcast by 123 TV called “Samuel y las cosas” [Samuel and the things]. Álvaro Cáceres wrote and directed the production.

The group of children that monopolizes the screen, guided by the lessons taught by their teacher, embarks on a great adventure to save the water of the city of Buenaventura, a metropolis in which its inhabitants and rulers are unaware of the importance of the vital liquid.

This allows the evil “M” to steal all the water from Buenaventura and kidnaps Sara, Samuel and her friends aboard the powerful Motor of “Saber” [Knowledge].

Mission H2O is a co-production carried out between Venezuela, China and Cuba, with the support of the animation studios of the Cuban Institute of Art and Cinematographic Industry (Icaic) and the Ibermedia Program.

The film allows viewers to identify with many of the situations that occur within the plot, as well as scenarios that include landscapes of the Gran Sabana and urban scenarios that evoke Caracas.

The film also includes the original musical theme of Evio Di Marzo, Selva del tiempo, a piece that pays tribute to its author, recently deceased and which was interpreted for the film by his son Rodrigo Di Marzo

In a meeting with the press held on Tuesday, Cáceres said that the animated film, which was supported by the Villa del Cine and the National Cinematography Center (CNAC), opens this month as a gift for children and adults.

He added that they are currently working on the next animated work that will be called Zato, a dog story that is scheduled to be ready by the end of 2021.