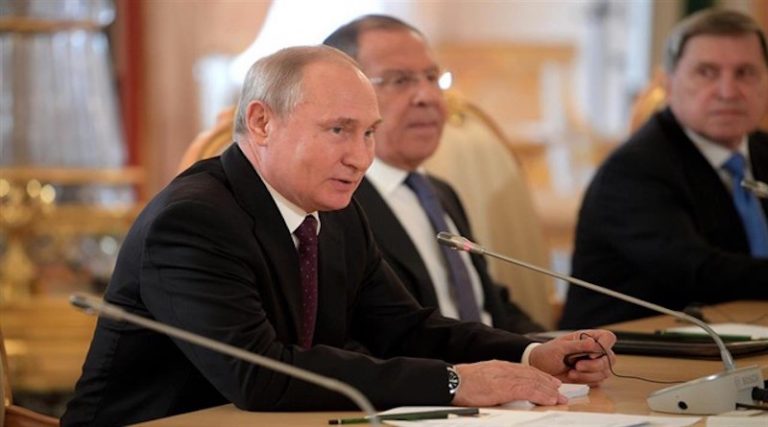 The statement was made during a meeting with the press during the Economic Forum that takes place in St. Petersburg. “If we put into practice such a way to get to power – a man went out to the square, looked at the sky and declared himself head of state before God – (…) it will be chaos all over the world “, emphasized Europa Press.

After questioning how Guaidó tries to destabilize the country, he wondered about the few people who support him “are they crazy or not?”

RELATED CONTENT: Sunset of Juan Guaidó? CNN Article on the Crisis in Venezuela and the Opposition

Putin clarified that he has nothing against the member of the Cocoon 2.0 group and member of the radical Popular Will, while he defended that the position of his country with respect to the internal situation of Venezuela is neutral.

“We, in general, we are against interference in the internal affairs of other countries, we believe that this has very serious consequences, not to say tragic, (…) The road to hell is paved with good intentions,” he warned.

RELATED CONTENT: The Activists who Defended the Venezuelan Embassy Won

The head of the Kremlin placed the cases of Libya and Iraq, both precipitated by the United States, one with the support of the United Nations and the other through an international coalition as an example of failed interventions. “They conform perfectly” my theory, he said.

Putin once again called for all to “arm themselves with patience” and work on inclusive dialogue to resolve Venezuela’s internal situation without resorting to the use of force .