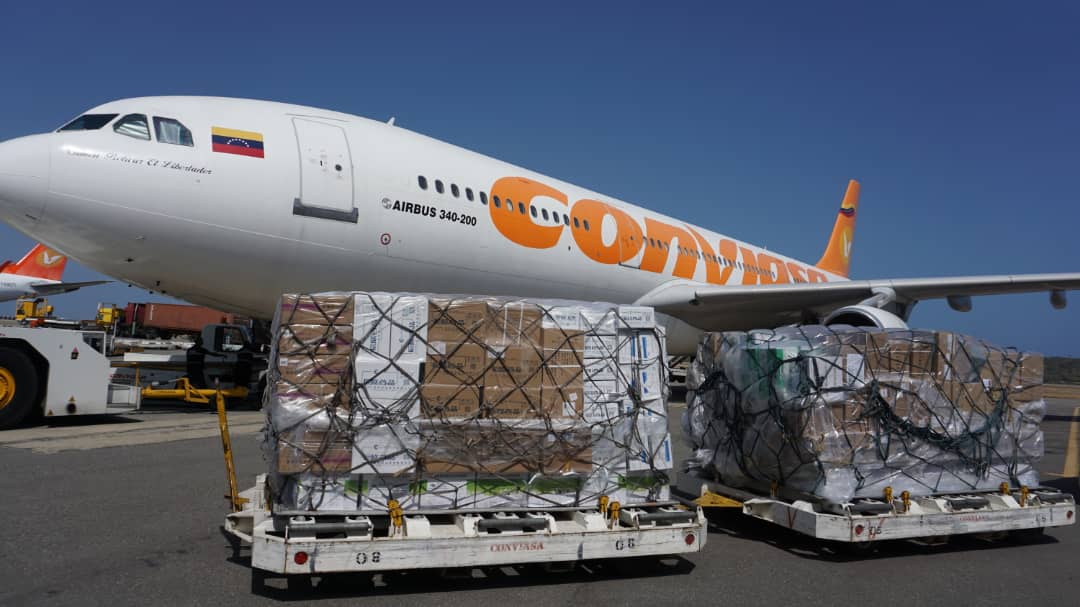 A new shipment with humanitarian aid from the People’s Republic of China arrived in Venezuela. It amounts to some 25 tons of medical supplies and material needed in the fight against COVID-19.

In charge of the Venezuelan delegation that received the batch of medicines and equipment was Foreign Minister Jorge Arreaza Montserrat. The diplomat explained that it is the 10th flight sent by the Chinese government to the Bolivarian nation to provide free health care to patients affected by COVID-19.

“With these 10 flights, we already have a total of 246 tons from the People’s Republic of China alone,” added Arreaza. He said that in total, they add up to more than 550 tons, through agreements with other countries and multilateral organizations.

Likewise, the foreign minister referred to the problem that “the arbitrary blockade imposed by the United States government represents, to buy necessary medical supplies in the midst of the pandemic. For this reason, he stressed that this difficulty is being overcome, for example, thanks to cooperation with the People’s Republic of China.

He added that if it were not for China, Russia, Turkey and agencies of the United Nations (UN), Venezuela would not even have the vaccine, PCR tests, ventilators or masks.

China: Humanitarian Power
Upon receiving the shipment of supplies, Foreign Minister Arreaza added that the People’s Republic of China has become a humanitarian power that is not dedicated to attacking or blocking other countries.

“On behalf of President Nicolás Maduro, we thank President Xi Jinping and Ambassador Li Baorong for all the efforts they have made so that Venezuela can receive, on the one hand, donations and, on the other hand, like this shipment on a Conviasa flight, purchases made by the Venezuelan state.”

For his part, the Minister of Health, Carlos Alvarado, said that among the most important drugs contained in the shipment are antivirals, coagulants and steroids, and other essential drugs for patients who are in intensive care units.

“Personal protective equipment, masks, gloves, face masks, biosafety suits are also arriving for the personnel who treat patients on the front line.” He also mentioned the receipt of supplies for the analysis of blood oxygen levels.