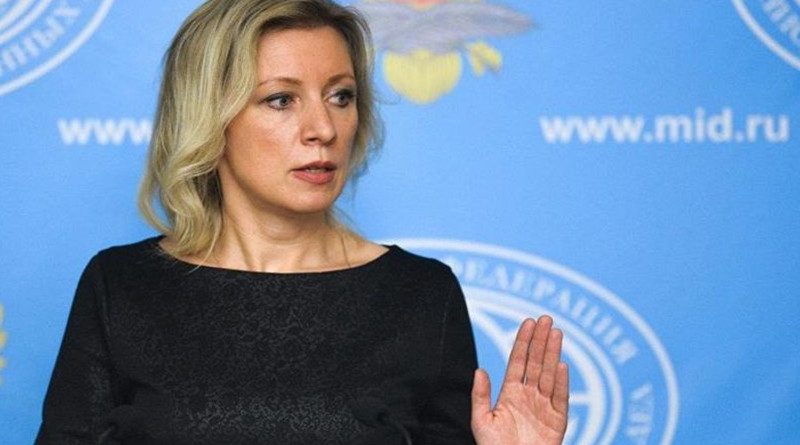 The Russian Government expressed its concern on Friday about the activation of the Inter-American Treaty of Reciprocal Assistance (TIAR) against Venezuela and the promotion that the United States has given to the option of military intervention.

This was stated in the weekly press conference of the spokeswoman for the Russian Ministry of Foreign Affairs, Maria Zakharova, who recalled that with the treaty supported by Argentina, Brazil, Chile, Colombia, El Salvador, USA, Guatemala, Haiti, Honduras, Paraguay, Dominican Republic, the opposition could finally make a non-peaceful exit to the conflict.

RELATED CONTENT: The United States and its Allies Activate TIAR Against Venezuela: Government Deplores the Decision

“The situation around that country remains alarming, to a large extent, by the irresponsible policy of Washington that irresponsibly promotes the issue of possible military intervention,” she said.

Also Zakharova called hypocritical stance of the US government, on the one hand issuing press stating that it strives to achieve a peaceful solution and on the other emphasizing the importance of activating the Rio Treaty to deal with the alleged threat posed by the government of President Nicolás Maduro.

“The Americans blame the failure of the negotiations … on the Venezuelan government. It is hard to imagine a more hypocritical statement,” the spokeswoman said.

In that sense, Zakharova celebrated the agreement recently signed by the government and an opposition sector, indicating that this alliance opens the way for a direct dialogue between “different parties willing to put the future of Venezuela above its political ambitions.”

Finally, she confirmed that in the framework of the General Assembly of the United Nations held in New York, Foreign Ministers Sergei Lavrov and Delcy Rodriguez will hold a meeting in which they will address different issues.