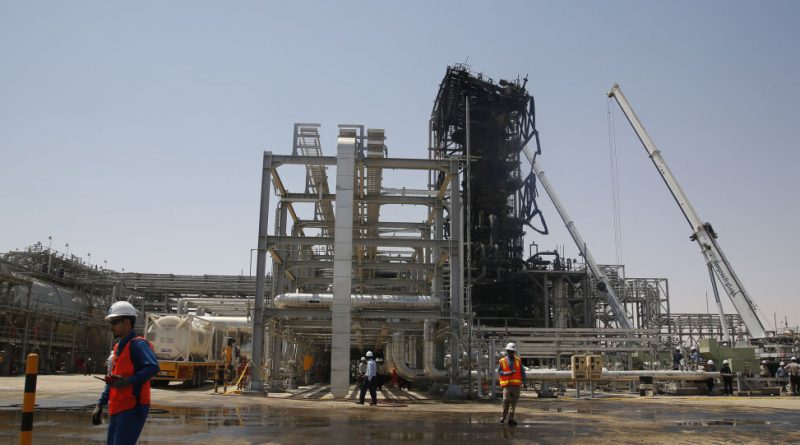 Houthi militants earlier claimed responsibility for the recent attack on Saudi oil refineries that crippled the country’s crude output for days. Riyadh, however, has claimed to have determined that the downed drones and missiles used in the assault were of Iranian origin. Tehran has denied involvement in the incident.

Head of the Houthi political council Mahdi al-Mashat has announced that the movement is ceasing its attacks against Saudi Arabia with the use of drones and other weapons. In turn, the Houthis expect Riyadh to issue a similar statement, promising to stop carrying out attacks on Yemeni territory.

Al-Mashat added that the Houthis reserve the right to respond if Saudi Arabia ignores the offer.

The statement comes almost a week after the Houthis claimed responsibility for attacking Saudi Aramco oil refineries on 14 September, which crippled the country’s oil production and spiked crude prices globally. However, Riyadh had its own version of events, claiming that Iran had sponsored the aerial strike.

The Saudi military on 19 September presented pieces of the missiles and drones used in attack, insisting that they are of Iranian origin. The US has supported these accusations, with Secretary of State Mike Pompeo calling it an “act of war” on Iran’s part.

Tehran has denied all the accusations, demanding that it be allowed to study the evidence obtained by Riyadh. Iranian Foreign Minister Javad Zarif also accused the US of trying to divert attention from the real issues in the region instead of resolving them. The country’s Defense Ministry dismissed the American and Saudi accounts of events, calling the attack a result of the military stand-off between the Saudi-led coalition and Yemen’s Houthis.

The Saudi military coalition has been bombing Houthi militant positions in Yemen since 2015, when the civil war erupted in the Middle Eastern state, in an effort to assist the government of President Abd Rabbuh Mansour Hadi. Unsuccessful in its attempts, Riyadh established a blockade to try to stop the weapon supplies to the Houthis allegedly coming from abroad. The ongoing bombings and the blockade have reportedly resulted in numerous deaths, not only among militants, but also among the civilian population.