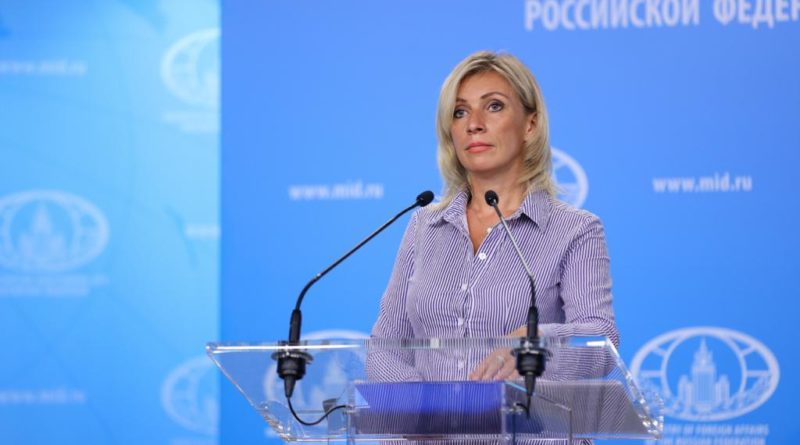 The Russian government labaled the decision of the London High Court to recognize the coup leader Juan Guaido and deliver the Venezuelan gold to him as “outrageous”.

On Thursday, a High Court of the United Kingdom decided to deliver 31 tons of Venezuelan gold -valued at more than a billion dollars- to opposition leader Juan Guaido and his fictitious officials, thus ignoring the legitimacy of the Constitutional President of Venezuela, Nicolas Maduro.

“We note with concern that the High Court in London decided to recognize Guaidó as the ‘interim president’ of Venezuela and provide him with access to this country’s gold reserves held by the Bank of England. This decision is outrageous, ” said María Zakharova, spokeswoman for the Russian Foreign Ministry.

RELATED CONTENT: This is How the Right Stole Venezuelan Gold

In a statement issued this Saturday, Zakharova has denounced the fact that the London court” has not even tried to make a legal evaluation of Guaidó’s claims, but simply followed the position of the British Executive.”

The spokeswoman for the Russian Foreign Ministry has stated that Moscow is studying with great interest the legal arguments of the London High Court; however, she regrets “these arguments simply do not exist.”

“British law is silent when political expediency is at stake,” she added, before pointing out that such actions violate the interests of the Venezuelan people, who already suffer sanctions that are in violation of international law.

Additionally, Zakharova also called on the international community to do their utmost to create a breeding ground for national dialogue in Venezuela.

For its part, the Government of Caracas has warned this Saturday that London, by stripping Venezuelan gold deposited in the Bank of England, violates international law and steals the resources of Venezuelans . Meanwhile, it has assured that Venezuela “will fight for all legal channels” for the return of its resources.

Along these same lines, the Venezuelan Prosecutor’s Office has issued the order to apprehend and freeze assets to a group of individuals appointed by Guaidó for their alleged relationship with the retention of Venezuelan gold at the Bank of England.