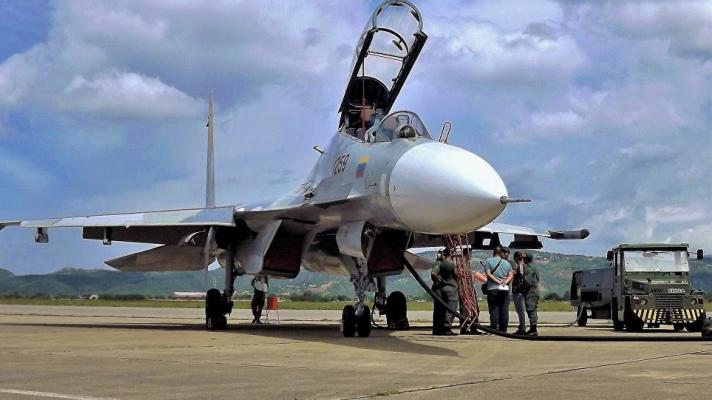 A recent publication of the digital magazine Military Watch affirmed that Venezuela has the best fleet of combat aircraft in South America at a technological level, due to the acquisition of Russian arms and fighters, among the best in the global arms industry.

The Bolivarian Republic’s military aircraft is ranked as best in the region followed by Chile, Peru, Cuba, and Brazil.

Military Watch notes that the Russian Su-30MK2 fighter aircraft in Venezuela are among the best equipped in Latin America and the Caribbean, boasting the longest ranges and weapon loads, as well as the most powerful sensors. Says the magazine:

“Venezuela’s Air Force fields the most capable fleet of combat aircraft in Latin America by a considerable margin, with its backbone formed of 23 Su-30MK2 heavyweight fighters acquired from Russia. These are among the best equipped in the region, and have the highest ranges and weapons payloads, the most powerful sensor suites and the best flight performances. The fighters are equipped with R-77 active radar guided long range air-to-air missiles as well as longer ranged R-27ER missiles and Kh-31 cruise missiles, and are unrivalled by any aircraft in the Americas outside the United States Military. Venezuela also deploys two small squadrons of F-16A Fighting Falcons— some of the least capable variants of the F-16 in service anywhere in the world which have no beyond-visual-range air-to-air missiles whatsoever. By comparison to other fighters deployed in South America, these F-16s still have an above average combat potential. Venezuela also deploys what is by far the region’s most capable ground based air defense network, which is based around the BuK-M2 medium range surface-to-air missile system and the S-300VM— the second most capable S-300 variant ever developed — which has a formidable 250 km engagement range and can engage targets at high Mach 14 speeds.”

Peru is another South American country that has fourth-generation Soviet and Russian aircraft, with a squadron of 19 MiG-29s and 18 Su-25 fighters.

Venezuela, under economic and also military siege by the United States and its satellites, has been forced to strengthen its defense capabilities faced with imminent conventional war scenarios, in addition to the unconventional war waged on the Caribbean country since the arrival of President Hugo Chávez. The most threatening element in the Venezuelan defense capability remains what is locally referred to as the Civic-Military Union, or the people in arms, represented by more than four million militiamen and militia woman spread throughout the national territory.