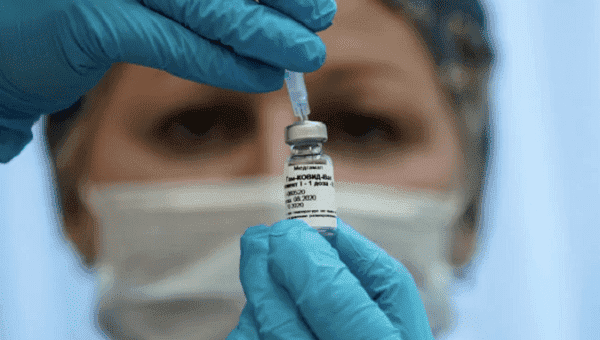 Russia will also produce a dehydrated vaccine, based on lyophilization technology, which will significantly facilitate its transport to international markets.

The Gamaleya Research Center reported on Tuesday that the Russian Sputnik V vaccine, which will cost less than $10 per dose, is 95 percent effective after 42 days from the first dose.

According to data from the second phase of the clinical analysis, Sputnik already showed an efficacy of 91.4 percent in 39 infected patients after 28 days.

In phase three of the clinical trials, in which 40,000 volunteers are currently taking part, over 22,000 people were injected with the first dose and 19,000 received both the first and second doses.

RELATED CONTENT: Why the MSM Silence on Sputnik V? It may be the Best Covid-19 Vaccine, but Anti-Russian Agendas Could Stop Millions Getting it

So far Russian experts have not detected “unforeseen” adverse reactions to the vaccine among volunteers.

President #Putin at #APEC Summit: Our priority is to pool efforts in countering #Covid19. We have two safe and effective vaccines #SputnikV & #EpiVacCorona and we are ready to cooperate with our partners on them and join efforts to improve global situation. pic.twitter.com/qkh0JWwhrR

The Russian Direct Investment Fund (RDIF) noted that the price of $10 for each dose is twice less than the price of vaccines developed by U.S. companies Moderna and Pfizer. For Russian citizens, vaccination will be free of charge.

In addition, Russia has already launched the production of the dehydrated vaccine, based on lyophilization technology, which will significantly facilitate its transport to international markets, including regions with difficult access and others with tropical climates.

The first batch of Sputnik V for the foreign market will reach customers in January 2021 based on the agreements already signed with foreign partners.