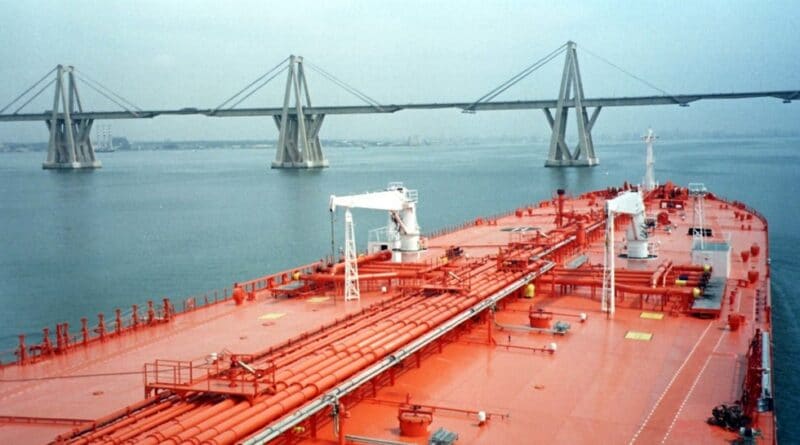 September 2, 2020.- Increased purchases from India boosted Venezuela’s oil exports last month, after they crashed to multi-decade lows under US sanctions. The increase could be short-lived, though, as Washington is threatening to apply more pressure.

Home to the world’s largest oil reserves, Venezuela shipped 437,600 barrels per day (bpd) of crude and fuel in August, according to internal documents from state oil company PDVSA and Refinitiv Eikon data cited by Reuters.

August exports were finally up from the less than 400,000 bpd recorded in the two previous months. In June, the South American nation’s oil shipments plunged by 18 percent to levels unseen since 1943, as they stood at around 379,000 bpd. The situation did not change much in July, with exports of crude and fuel rising by less than 10,000 bpd.

Almost half of Venezuela’s oil exports are going to India, which imported 216,000 bpd last month, according to the data. The country’s biggest corporation, Reliance Industries, resumed loading Venezuelan crude under a swap deal in June after receiving permission from the US Treasury Department.

Cuba became the second-largest buyer of Venezuelan crude in August, but its imports were more than three times smaller than India’s purchases. Cuba bought around 66,000 bpd of crude and refined products in August (down from the 85,260 bpd it imported in July), while Europe also downsized its imports from the Bolivarian Republic to 65,000 bpd.

The upward trend in the South American nation’s crude exports could be short-lived, as the country is still facing sweeping US sanctions while the Trump administration seeks to oust President Nicolas Maduro.

While US restrictions targeting the nation’s vital oil sector have already deprived state oil firm PDVSA of most of its key customers, Washington has recently promised to ramp up pressure. The US may remove existing exemptions that still allow some oil companies, like India’s Reliance, to exchange Venezuelan crude for fuel.

“We think our sanctions have been extremely effective in reducing income to the regime, but we think we can make them more effective. So we are going to be doing some things to tighten up in the near future,” Elliott Abrams, US Special Representative for Venezuela, told Reuters earlier this week.