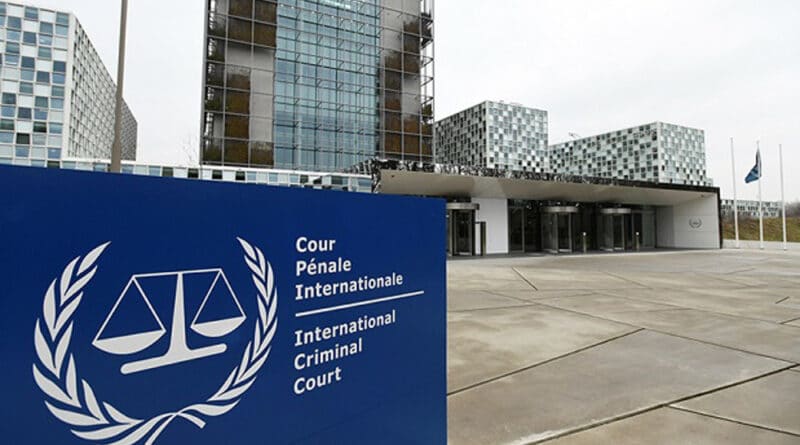 September 2, 2020.-  Iran’s foreign minister has lashed out at the US administration for imposing sanctions on the prosecutor of the International Criminal Court (ICC), urging Washington to stop its “unceasing insanity”.

“The only way to stop this unceasing insanity is to stop complacency,” the Iranian top diplomat added in a Wednesday tweet.

US is imposing sanctions on ICC’s chief prosecutor.

The only way to stop this unceasing insanity is to stop complacency.

Submitting for fear of US wrath only INCREASES its appetite.

He also urged the international community not to submit “for fear of the US wrath”, as it will only “increase its appetite”.

RELATED CONTENT: Mike Pompeo is the Worst Secretary of State in US History

‘Attack on rule of law’

The ICC also condemned the US administration for imposing sanctions on the international tribunal’s prosecutor, describing the ban as an attack on international justice and the rule of law.

The sanctions are “unprecedented and constitute serious attacks against the Court, the Rome Statute system of international criminal justice, and the rule of law more generally,” the world’s permanent war crimes court said in a statement.

In an attempt to justify the fresh sanctions, Pompeo told reporters that the bans are imposed because “the ICC continues to target Americans.”

Pompeo said Phakiso Mochochoko, the head of the ICC’s Jurisdiction, Complementarity and Cooperation Division, had also been blacklisted under sanctions authorized by President Donald Trump in June that allow for asset freezes and travel bans.

The State Department also restricted the issuance of visas for individuals Pompeo said were involved in the court’s efforts to investigate US personnel, though he did not name those affected.

Pompeo also said that individuals and entities that continue to materially support Bensouda and Mochochoko would risk exposure to sanctions as well.

Bensouda was given the go-ahead by the court in March to investigate whether war crimes were committed in Afghanistan by the Taliban, Afghan military and US forces.

Washington revoked Bensouda’s entry visa last year over the possible Afghanistan inquiry. But under an agreement between the United Nations and Washington, she was still able to regularly travel to New York to brief the UN Security Council on cases it had referred to the court in The Hague.

RELATED CONTENT: How the US Helped Push Lebanon to the Brink of Collapse, and now Threatens More Sanctions

Member countries of the International Criminal Court hit out against the “unacceptable” sanctions.

“I strongly reject such unprecedented and unacceptable measures against a treaty-based international organisation,” said O-Gon Kwon, president of the ICC’s Assembly of States Parties.

“The Trump administration has twisted these sanctions to obstruct justice, not only for certain war crimes victims, but for atrocity victims anywhere looking to the International Criminal Court for justice,” he said.

Featured image: The International Criminal Court (ICC) building is seen in The Hague, the Netherlands, January 16, 2019. (Photo by Reuters)