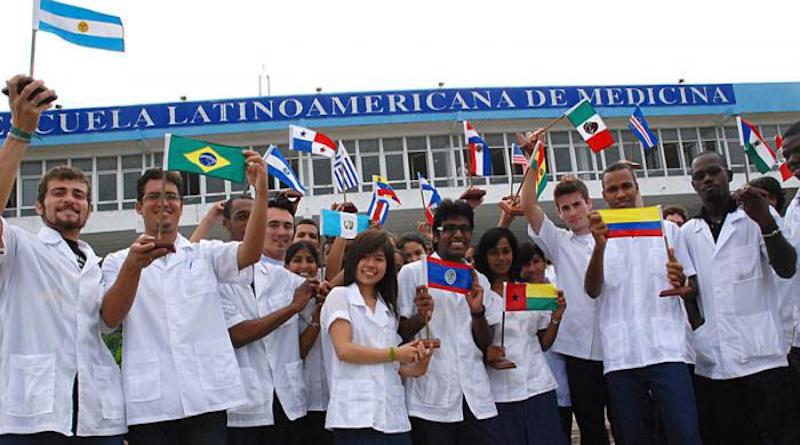 The Simón Bolívar Brigade, with 107 Venezuelan and Brazilian doctors trained at the Latin American School of Medicine Dr. Salvador Allende (ELAM) in Caracas, is ready to provide services for the necessary emergency care in the city of Manaus, Brazil, after the members of the medical brigade presented themselves this Friday, January 15, at the consulate of the Bolivarian Republic of Venezuela in the city of Boa Vista, Roraima state.

This was announced by the Foreign Minister of the Bolivarian Republic of Venezuela, Jorge Arreaza through his Twitter account @jaarreaza, a few hours after announcing humanitarian aid to Brazil by sending oxygen from Venezuela to combat oxygen shortage in Amazonas state.

RELATED CONTENT: Caracas and Manaus (Brazil) Break the Blockade for Humanitarian Reasons (Not the Ones You Think)

In recent days Brazil is experiencing a dramatic increase in new COVID-19 infections, especially in the state of Amazonas bordering Venezuela, capital Manaus. This has collapsed the already precarious health care capacity creating a crisis that has forced Brazilian authorities to air transfer new acute COVID-19 cases out of town.

On Thursday, January 14, the Head of Diplomacy announced that he will adopt measures to provide support for the health crisis suffered by the neighboring country and stated: “On the instructions of President Nicolás Maduro, we spoke to the Governor of Amazonas State, Brazil, Wilson Lima, to immediately put at his disposal the oxygen that is needed to attend to the health contingency in Manaus. Latin American solidarity above all!”