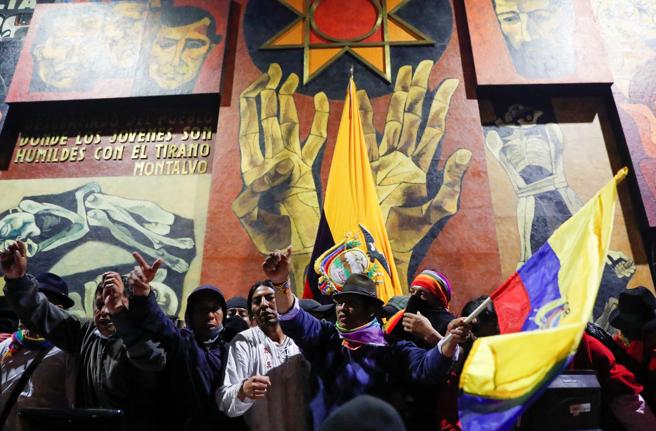 Chicago, IL – Last year, Brazil emerged from its greatest political crisis since the dictatorship to find that Jair Bolsonaro, an extreme right winger, was now president. His victory marked the high point of the so-called ‘roll-back’ of the Pink Tide, a political phenomenon that saw left-wing governments elected across Latin America, on platforms of sovereignty and freedom from U.S. interference. Bolsonaro’s election was a moment openly celebrated in the halls of the White House, as many hoped that the few isolated governments left standing from the Pink Tide movement would soon be snuffed out.

The Pink Tide began with Hugo Chávez’s victory in the 1999 Venezuelan elections, and really gained momentum with the election of Lula da Silva in Brazil in 2002. In 2004, the Cuban and Venezuelan governments founded the Bolivarian Alliance of the Peoples of Our America (ALBA) with the goal of bringing the new anti-imperialist governments together for the economic, political and social integration of the continent. By 2008, 12 governments had joined the formation, a remarkable sign of imperialist decline in a region often referred to as ‘America’s backyard.’ These governments expressed a commitment not only to separating themselves totally from U.S. domination, but to building new economies that meet the needs of the people and protected the planet.

Then, in 2009, the empire pushed back. For the first time since the Cold War, a military coup d’etat took place in Latin America, this time in Honduras. One by one, other left-wing governments were pushed out in parliamentary coups or by election losses. Most stunning has been the tragedy of Brazil, where Dilma Rousseff was impeached and Lula da Silva, the metal worker once hailed as “the world’s most popular politician,” sits in prison serving out a 12-year sentence for a corruption case where no evidence was brought forward to prove his guilt.

Beginning in 2017 (when Rousseff’s impeachment took place), the empire got impatient. Some countries were easily brought to heel, but there still stood nations – well-organized and disciplined – that refused to bend down: Venezuela, Bolivia, Nicaragua and Cuba. All four countries have faced an intensification of political attacks from the United States, ranging from sanctions (Cuba) to brutal reactionary violence (Venezuela in 2017, Nicaragua in 2018). Still they stand.

As this consolidated anti-imperialist bloc continues to defend their gains, the U.S. victory elsewhere in the continent remains unconsolidated. And, as events this month have shown, U.S. buttressing of a reactionary old order can be less a sturdy fortress and more a house of cards when faced with the masses in motion.

Ecuador and Chile: Paper tigers go up in flames

From 2007 to 2017, Ecuador was governed by Rafael Correa, an economist and the leader of the social democratic PAIS Alliance party. During his two terms, Ecuador was often held by alongside Venezuela, Brazil and Bolivia as one of the great success stories of the Pink Tide – new social programs cut poverty in half, and aggressive fiscal policy ended Ecuador’s dependence on loans from the World Bank. Correa became an ally of Venezuela and Cuba, and Ecuador was an active player in ALBA.

Unlike Venezuela and Bolivia, there was never an organic unity between the governing party and the mass movements fighting for Ecuadorian sovereignty. PAIS Alliance was newly formed coming into Correa’s first term, and political forces in the country’s indigenous and trade union movements remained on the outside. Without a relationship between the party and the mass movements, government decisions were often made without mass support, and this led to conflict and opposition, particularly from the indigenous movement led by the Confederation of Indigenous Nationalities of Ecuador (CONAIE).

Correa’s final term ended in 2016, and his party nominated his vice president, Lenin Moreno, as its candidate. He won on a platform of continuing Correa’s “Citizen’s Revolution” into the next decade. Almost immediately, Moreno broke with his promises and Correa’s legacy. He announced the beginning of an austerity regime, in order to make Ecuador appealing to support from the International Monetary Fund (IMF). Moreno also withdrew Ecuador from ALBA and joined the U.S. in its efforts to overthrow the Venezuelan government. It was a complete betrayal of the Ecuadorian people.

On October 1, Moreno began to implement the IMF austerity package, starting with ending fuel subsidies. This was the final straw, and an organized uprising took place, led by CONAIE and other revolutionary forces. Hundreds of thousands of protesters took to the streets of the capital Quito, and Moreno’s government was forced to evacuate the city as CONAIE led a storming of parliament. A state of emergency was declared and the military was sent out with live ammunition to put down the people. Eight were killed, but the ‘people’s arrest’ of several police officers and spies – along with the movement’s incredible bravery – forced Moreno to accept defeat. The austerity package was cancelled, and the future of Moreno’s presidency remains uncertain.

A similar battle is underway in Chile. Last year, Sebastián Piñera was re-elected president, having served a term from 2010 to 2014. A billionaire from a family of old money, Piñera ran on a far-right agenda that reminded many of the economic policies of General Pinochet. In fact, posters of the far right former dictator could be seen in the crowd during his inauguration.

His second term is much like his first – an implementation of deadly austerity for the sake of short-term profits for the Chilean bourgeoisie. Chile has become one of the most unequal societies in the hemisphere. Millions live in terrible poverty, tens of thousands have died for lack of adequate health care, all in a country where even the water has been privatized.

Around the same time that Ecuador’s capital was being stormed by the people, a popular uprising began in Chile against the latest policy to make the rich richer and the poor suffer – a huge increase in the cost of public transportation, already one of the most expensive in the world. What began as a high school protest calling for fare-dodging has exploded into a mass mobilization of student organizations and trade unions calling for Piñera’s resignation, the nationalization of public services and major industries and a massive increase in social spending – in short, a resurrection of Allende’s project, forced to a tragic end in 1973. Transit workers joined students in burning down buses and trains and shutting down the city of Santiago. In response, Piñera ordered the military to occupy the capital. To date, 15 people have been shot dead, dozens injured and nearly 2000 arrested, many of whose whereabouts remain unknown.

In a press conference given this week, Piñera said of the protests that his government is “at war with an enemy” that did not care about human life. This, from a billionaire who has ordered soldiers to fire on high school students and bus drivers. The violence in Santiago, along with Piñera’s press conference, has led to a general strike across Chile, organized by the trade unions and other mass organizations. The struggle is ongoing, and shows no signs of slowing down.

These political puppets of imperialism have a limited social base to lean on – they are not fighting for the interests of any sector of society, save but the handful of wealthy families whose power and influence derives from decades of serving foreign multinational firms. When the masses rise up – as they are doing in every corner of the continent – their only option is to send out the military and hope that the movement can be shot into submission. There is a continent-sized infuriation at U.S. imposition of a moribund status quo – this cannot last.

This week, Evo Morales – the wildly popular and successful president of Bolivia – won re-election with a more than ten-point lead over his opponent. That country’s right-wing opposition – funded by the United States, made up of old functionaries that had benefited from an apartheid-like state that left the indigenous majority in abject poverty – has already stated their intent to attempt to seize power if Morales were to win. This is a strategy known all too well now in Latin America, and in the days to come we will surely see images of protesters in Bolivia calling for “the overthrow of the dictator.” We cannot fall for it.

The dream that motivates millions to risk their lives in Ecuador and Chile today is the reality unfolding right now in Bolivia. It is the reality being built in Venezuela and Cuba, places where the masses have or are taking political power, in organic unity with revolutionary parties, and where imperialism will never again exercise control. The day is coming when reaction will crumble and revolution will be on the agenda across the continent – maybe quicker than many imagine, if the protesters in Ecuador and Chile have anything to say about it. 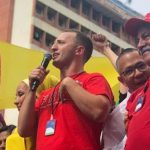