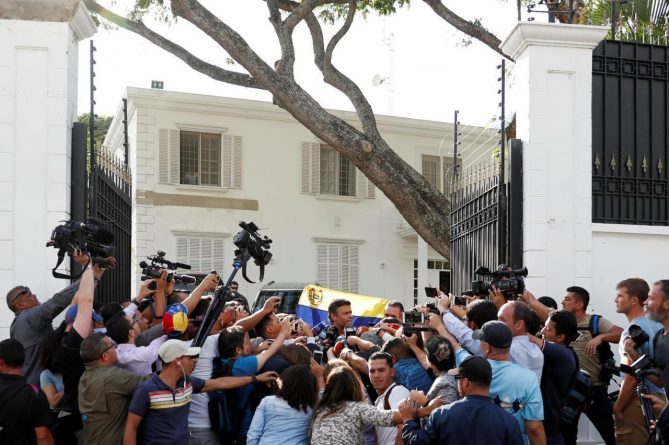 Spanish Foreign Minister Josep Borrell has stated that the Spanish government will “limit” the political activities of Venezuelan opposition leader Leopoldo López, who is currently in the residence of the Spanish ambassador in Caracas.

“Spain will not allow its embassy to become a center of political activism for the opposition,” Borrell said at a press conference in Lebanon, where the minister is on an official visit. He also explained that despite divergences with the executive of President Nicolás Maduro, relations between both governments remain cordial.

RELATED CONTENT: Russia will Create a Coalition Against Eventual US Invasion of Venezuela

On Tuesday, the Foreign Minister pointed out that Lopez is “simply a guest” in the embassy and not an asylee, as the opposition leader has not processed the request, and still has to clarify “what are the steps to follow”.

For his part, the Minister of Development, José Luis Ábalos, announced that the Spanish Government “has no intention” to deliver Lopez to the Venezuelan authorities: “The Government’s intention is that he should continue to stay there, so we expect also that the security of the facilities of the Embassy be maintained and that there be no intervention on it, “Ábalos said in an interview on public television.

This wish from the Spanish FM conflicts with Lopez and his supporters behavior during the 2002 coup again Hugo Chavez when they besieged the Cuban Embassy in Caracas looking for Diosdado Cabello.

Meanwhile, Leopoldo Lopez said Thursday that he will remain in the Spanish diplomatic headquarters “until the cessation of the usurpation”, in reference to the departure of President Nicolás Maduro. The opponent made these statements after a court in the Venezuelan capital ordered his arrest.

During the same, he clarified that all his statements are made in his own name and that they do not represent in any case the position of Spain on the conflict unleashed in the Latin American country.