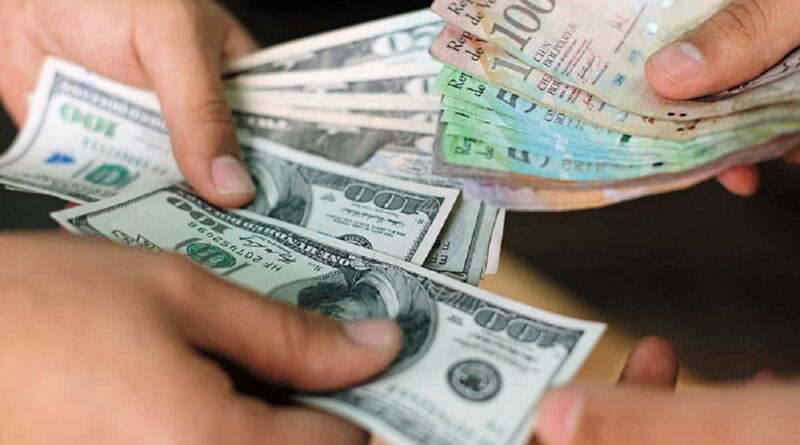 In Venezuela, the black-market dollar continues to be used as a weapon of war to affect the economic recovery of the country and, especially, to directly attack pockets of Venezuelans. This was demonstrated by the jump that the gringo currency made with respect to the bolivar on the black market in recent hours.

RELATED CONTENT: Venezuela: This is how Currency Rebranding will Come Into Effect

It’s even worse considering the average rate between the bolívar and the dollar has remained oscillating at 4 million bolívars for the past two months. On Thursday, September 30, the official exchange rate was Bs. 4,181,781.84 per dollar.

By the end of July, the black-market dollar stood at Bs. 3,989,515.66 while the official exchange rate was Bs. 3,983,173,55, according to the Central Bank of Venezuela (BCV) rate, which is defined by an average produced by exchange desks in various banks.

This unusual jump of 19.21% occurred just a few hours before the currency rebranding, which launches the digital bolívar, takes effect in the country. On October 1, the rebranding eliminates six zeros from the current monetary cone. Some blame the move on right-wing factors trying to manipulate public opinion to blame the rebranding for the hike in the price of the dollar. However, all experts agree that it does not have anything to do with the rebranding.

Besides the irregular jump in the price of the dollar in Venezuela in the last 48 hours, analysts believe that in coming days the price will be pushed down by the BCV towards the lower four million mark, or the four million mark, because the bolívar will be expressed without six zeros as of October 1. The currency rebranding is a result of the hyperinflation crisis that affected the country mostly between 2019 and 2020 when the United States and Europe launched a severe set of illegal sanctions against the Venezuelan people.