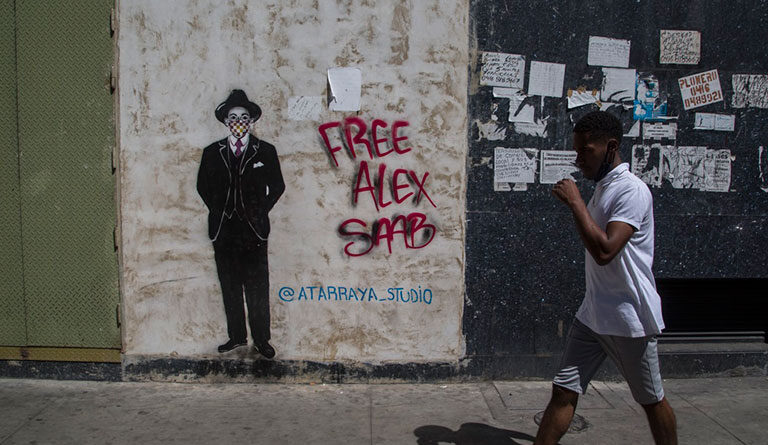 At the request of the United States, Alex Saab, the Venezuelan diplomat, has been illegally detained in Cape Verde since June last year. The Venezuelan official’s legal team denounced that he “is still being held under an oppressive regime of house arrest, without the medical attention he urgently needs.”

According to a press release from Alex Saab’s defense team, Cape Verde continues to violate the court order to transfer the diplomat, kidnapped on the island of Sal since June 2020, for health reasons.

The Barlovento Court, on the northern island of San Vicente, granted permission on August 31. In a statement late on Wednesday, September 29, Saab’s Cape Verdean lawyer, José Manuel Pinto Monteiro, said the court-ordered transfer is “because his health is deteriorating to the point of seriously worrying us and his doctors.”

However, the authorities of the West African island country have not carried out the transfer of Saab from the northern island of Sal to the southern island of Santiago, where Praia is located and he can access specialized medical care.

“Cruel and sadistic” behavior
Saab’s lawyer stated: “it is clear that those who are holding Alex Saab have been told that they must do whatever it takes to delay his transfer to Praia and continue a routine of cruel and sadistic behavior with the aim of physically and mentally breaking him.”

A video published by the legal team and Dr. Karol Sikora, professor of oncology at Imperial College London, conveyed that the treatment Saab receives is “outrageous” given the deterioration of his health, as he has suffered “stomach cancer,” among other ailments, and “receives almost no medical attention.”

Sikora stated, “He should be transferred to Praia, where he can get decent medical care.”

On December 2, the Court of Justice of the Economic Community of West African States (ECOWAS), a bloc of countries to which Cape Verde belongs, also ruled that he should be granted unrestricted access to specialist doctors of his choice, despite the reluctance of the Cape Verdean authorities.

Judicial setback
Three weeks ago, the Constitutional Court of Cape Verde, the country’s highest court, declared that the appeal filed for the unconstitutionality of the illegal detention of Alex Saab was “inadmissible.” For its part, the team of lawyers announced that they would seek clarification from the high court, which upheld the constitutionality of an illegal act.

Venezuelan diplomat Alex Saab was arrested on June 12, 2020 when his plane stopped to refuel at the Amílcar Cabral International Airport on the island of Sal. This detention was in response to a request from the United States sent through Interpol for alleged crimes of money laundering. However, the defense proved that the Interpol Red Notice was in fact issued after the illegal arrest.

After his illegal detention, Venezuela stressed that Saab is a Venezuelan citizen and a “diplomatic agent” of the Government, who was “in transit” in Cape Verde. This is why his lawyers maintain that “he had the right to personal inviolability as a special diplomatic envoy of Venezuela.”

The name of the 49-year-old Venezuelan diplomat appeared in the media in 2017 when the former prosecutor Luisa Ortega Díaz, a fugitive from justice, accused him of being a front man for President Nicolás Maduro. In four years, she failed to prove this accusation. It has also being dismissed by Swiss authorities due to lack of evidence.

Featured image: Graffiti in the streets of Caracas with the hashtag #FreeAlexSaab. Photo courtesy of Últimas Noticias.