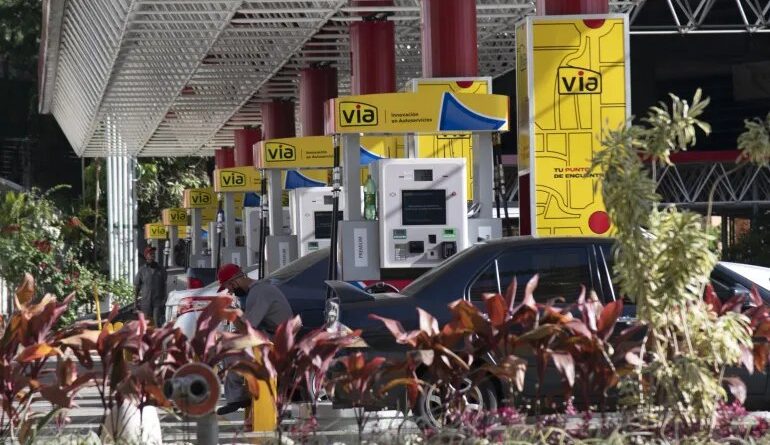 William Rodríguez, the president of the Hydrocarbons Subcommittee of the Energy and Petroleum Commission of the National Assembly of Venezuela, ruled out the elimination of the gas service stations that sell gasoline at subsidized prices in Venezuela.

Rodríguez told Union Radio Network, “What has happened is that about 100 service stations nationwide shifted from a subsidized price set in bolívars to a price in dollars, but the vast majority of gas stations will continue to operate with subsidized gasoline.”

However, Rodríguez did acknowledge that, according to complaints filed by deputies of the Energy and Petroleum Commission, in some municipalities—especially in rural areas—where there may be only one service station, there has been a shift to sell fuel in dollars.

“If you have a rural municipality where there is only one station, how can you dollarize that single station and force the entire population to pay in US currency?” Rodríguez remarked. “That is irrational and illogical, that is a mistake.”

As a consequence, the Energy and Petroleum Commission has agreed to the creation of a national database in which the number of gas stations that are selling gasoline at international prices will be registered, together with their location. This came as the result of requests to review such measures and to reverse the dollarization in cases where it may be detrimental to the poorer and vulnerable sectors of the society.

Will gasoline price be standardized?
Rodríguez pointed out that there is indeed an ongoing debate about the standardization of gasoline prices at $0.5 per liter, but he discarded the implementation of such a measure in the short term and, rather, conditioned it to the recovery of the population’s purchasing power.

“To be honest,” Rodríguez commented, “it is illogical to consider cost-benefit economic measures without improving the purchasing power of the people.”

Moreover, Rodríguez explained that for a long time there has been a serious discussion in Venezuela about the creation of a mechanism that would “cover the operational costs of the oil industry” while avoiding the gap between local sale price and international price. In such a scenario “smuggling becomes a very big incentive,” and in the case of Venezuela it becomes an even bigger “incentive” because of the country’s extensive maritime and land border.

He pointed out that a resolution like this should be accompanied by a direct subsidy “for those who really need it,” and referred to successful cases such as that of Iran, where the State not only provided subsidies in advance, instead of giving them a year after, but also helped the most needy population.

According to Rodríguez, in ideal conditions, these two situations should converge, that is, there should be a unified price of gasoline and direct subsidy to low income sectors, but these conditions do not exist in the country right now.

“In the condition in which the country is now, blockaded and with a devaluation that has forced us to remove 12 zeros from our currency, as we are trying to strengthen purchasing power and wages, this [gasoline price standardization] is not an issue to address at the moment,” Rodríguez stated.

He also commented that, although “many people” have suggested that the sale price of gasoline in Venezuela should be dictated by the international market, in his opinion, the fact that the country is an important oil producer exempts it from strictly following such a standard. He insisted that this will only be possible when there is a significant improvement in macroeconomic indicators and revenues, as well as when the US-imposed sanctions are lifted.

“Today we are a besieged country, with a multidimensional war and with 522 unilateral coercive measures imposed on us, the fundamental purpose of which is to strike at any possibility of economic growth,” Rodríguez highlighted.

Featured image: Gas stations in Venezuela. President Nicolás Maduro turned over a number of gas stations to local entrepreneurs in the first phase of a complicated plan to rescue the country from the US sanctions that have dealt a serious blow to the nation’s oil production and trade. Photo: Bloomberg