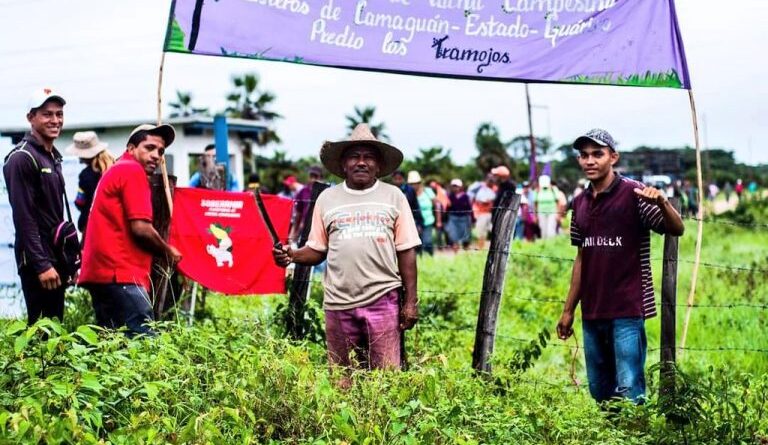 The Supreme Court of Justice (TSJ) of Venezuela has denied an injunction requested by the presumed owner of the Los Tramojos Estate, in Camaguán municipality of Guárico state of Venezuela. The court ruled, instead, in favor of a group of peasant families who had been evicted from the land five years ago.

With this ruling, the justice system has settled a conflict that dates back to 2017, when some 50 peasants, who had received rights of the aforementioned property in 2010 from the late President Hugo Chávez, were forcibly evicted from their lands.

Since the time of their eviction, the peasants of Los Tramojos, with the support of the Peasant Struggle Platform, remained firm in their intention to demand answers from the agrarian institutions of the state, and mobilized in protest. The TSJ ruling vindicates the perseverance and courage of the Los Tramojos peasants and the land struggle of Venezuelans.

The National Land Institute of Venezuela (INTI) has fully supported the Los Tramojos’ peasant demands in an attempt to guarantee the rights of all parties, and to reach a consensus regarding the distribution of the 4,800 hectares of the property resulting from the annulment of private property through the Land Law of 2003. With the favorable ruling from the Supreme Court, the peasants of Los Tramojos will once again have the land for cultivation.