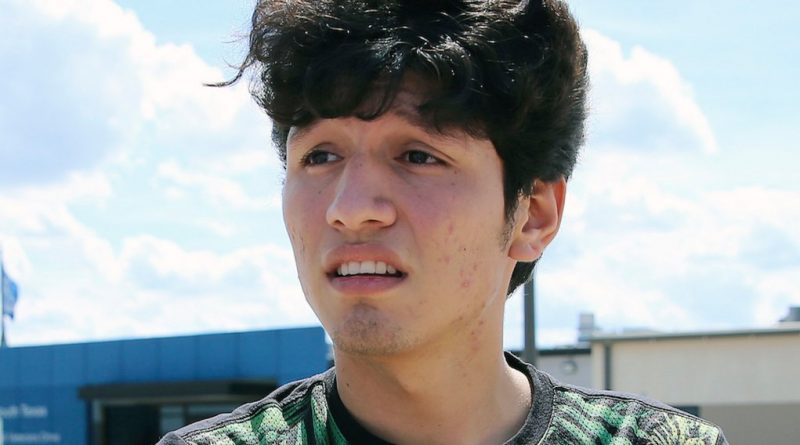 Francisco Erwin Galicia, the US citizen mistakenly detained by border officials for over three weeks, told The Dallas Morning News on Wednesday that conditions in federal custody were so bad that he almost requested to be deported.

Galicia, 18, a high-school student born in Dallas, was detained after a day out with friends on June 27 when officials at a Customs and Border Protection checkpoint questioned the validity of his legal documents, according to The News.

CBP detained him for about three weeks, then transferred him to an Immigration and Customs Enforcement facility in Pearsall, Texas, the newspaper reported.

He was in the ICE facility from Saturday to Tuesday afternoon, when he was released, The News and The Associated Press reported.

In total, he spent 23 days in federal custody.

Broadly, CBP conducts inspections at the border and detects unauthorized entries into the US, while ICE enforces US immigration laws, including arresting, detaining, and deporting people, at the border and inside the US.

‘Inhumane’ conditions
Galicia has described the conditions in CBP detention as “inhumane.” Here’s what he told The News on Wednesday:

He said he was also denied access to a phone while in CBP custody, so he couldn’t call his family, his mother told The News. He regained that access after being transferred to the ICE facility, she said.

“It was inhumane how they treated us,” Galicia told the newspaper on Wednesday.

“It got to the point where I was ready to sign a deportation paper just to not be suffering there anymore. I just needed to get out of there,” he said.

“It’s one thing to see these conditions on TV and in the news. It’s another to go through them.”

Neither CBP nor ICE immediately responded to requests for comment from INSIDER on The News’ report.

How an American citizen got detained
Galicia was detained while traveling north with friends to a soccer scouting event from the border city of Edinburg, Texas, according to The News and the AP.

They were due to start their senior year of high school and wanted to “do something to secure our education” after graduation, Galicia told The News.

At the checkpoint, agents approached him, suspecting he was in the US illegally, the AP reported.

Galicia presented them with a Texas birth certificate, a Texas ID, and a Social Security card, his lawyer, Claudia Galan, told The Washington Post. But the officers thought his documents were fake, she said.

It’s likely that CBP and ICE took weeks to release Galicia because his mother, who is not a US citizen, took out a US tourist visa in Galicia’s name that falsely said he was born in Mexico, Galan told The Post.

Galicia’s mother told The Post that she took out the tourist visa while Galicia was still a minor so he could travel between the US and Mexico to visit family.

Galicia’s 17-year-old brother, Marlon, who was born in Mexico and lacks legal status in the US, was also in the car.

CBP and ICE told The News in a joint statement on Wednesday that “situations including conflicting reports from the individual and multiple birth certificates can, and should, take more time to verify,” adding that they “continue to research the facts of the situation.”