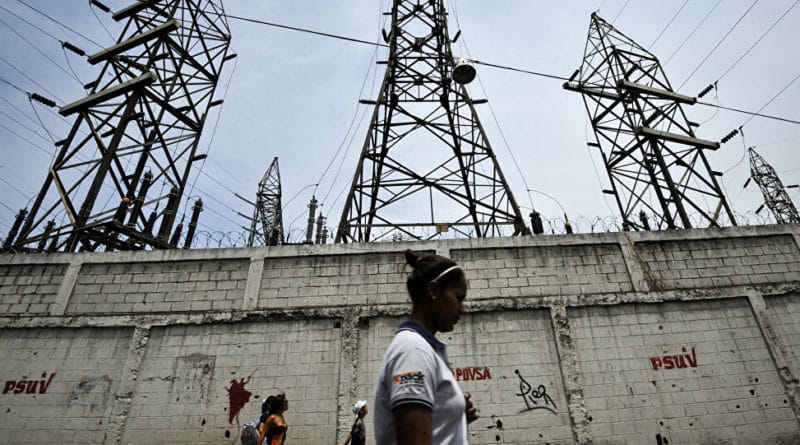 With the purpose of monitoring the strategies implemented for the stabilization and strengthening of the National Electric System (SEN), the Executive Vice President of the Republic, Delcy Rodríguez, led a national videoconference of the Electric General Staff (EME), held at the post of presidential command in the Miraflores Palace. On the instructions of the National Executive, during Carnival holidays all the electrical network will have maximum monitoring and protection to guarantee the whole population can enjoy the festivities.

In recent days Caracas has been affected by unusual power surges that are common in the interior of the country but not in Caracas and the anti-Chavista media have been talking profusely about a coming mass blackout.

RELATED CONTENT: Venezuela in 2019: A Successful Year of Resistance

This work meeting was attended by Vice President of Public Works and Services, Nestor Luis Reverol, Minister of Electricity, Freddy Brito, and other members of the EME.

The decision is part of the actions undertaken by the Head of State, Nicolás Maduro, who installed the Electricity General Staff, with the aim of guaranteeing and protecting the vital service that has been the target of the imperial multiform war to destabilize the country. In that order, progress is being made in the reinforcement of electricity generation, transmission and distribution systems throughout the country.