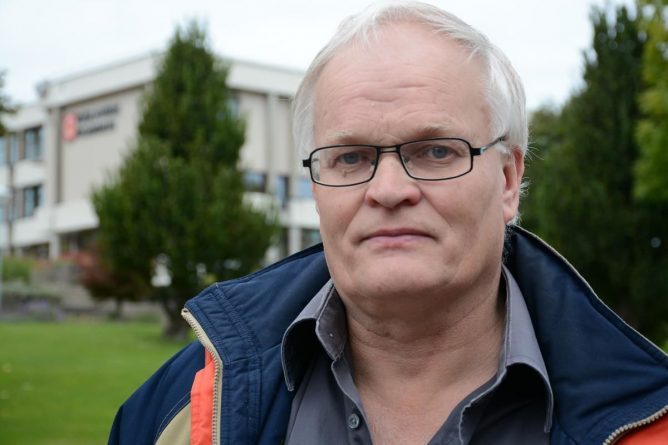 Fight Back! interviews Erik Anderson, a member of the International Department of the Central Committee of the Communist Party in Sweden and an elected city council member in his hometown of Gislaved.

Fight Back!: Some progressive people in the U.S. believe that Sweden is a socialist country. What are the facts about this?

Erik Anderson: I understand that progressive people see Sweden as a “socialist” country, but the fact is that Sweden is a capitalistic country where three families in Sweden own more than 4 million Swedes and over 90% of industrial production is owned by private interests. Sweden is a member of and supports the European Union.

But we must go back little in history. After World War II, when the Soviet Union crushed Nazi Germany, and a socialist camp was formed as result, the wealthy classes in western Europe, including in Sweden, entered an era of a kind of “social compromise” and couldn’t rule through open violence against the masses.

When social democrats proposed, due to strength of the then communist party together with existence of socialist camp, to introduce reforms that benefitted workers, and the open reactionaries attacked them for this – the social democrats answered that they must do the reforms “or else workers will go to communists.” The social democrats wanted save capitalism by being reformists due to world situation after the second World War.

Fight Back!: Could you please describe the conditions faced by Swedish workers and what the role of the social democratic party is?

Anderson: The class gap between workers and the rich strata was, up until the 1980s, somewhat lowered, but afterwards, with stagnation of working-class struggles, the demise of socialist camp, and other retrogressive trends, the gap between [the] rich and workers has widened.

Those “counter-reforms” have affected the unemployed, the retired people, workers and the education system. It’s a negative social process that must be overcome. There are very few strikes and working-class struggles.

When there was a lot of independent wildcat-strikes in the 1970s, social democracy had two tactics; the first was to help capitalists to fight those struggles and blacklist militant workers, but at the same time, they introduced some progressive labor laws to stem the militancy among workers. Those laws are today under attack from all reactionary corners. For example, the laws that say that those who have been at a worksite the longest time should be the last to leave their jobs if a company reduces the labor force. That law protects oppositional workers, but if that law changes, the employer can pick out those workers that are more militant in industrial and union matters and leave those workers who are quiet on the worksite.

They are preparing a law that will forbid strikes for collective tariff agreements, even if a union has more members on work site than other established unions. In all this has social democracy played a role of servants for the capitalistic class. In this period of reaction, a part of working class joined and started voting as anti-immigrant party Sweden Democrats, who on social matters are a reactionary party.

Fight Back!: What are Swedish communists fighting for?

Anderson: So, we are fighting for unity of working class against all attempts to divide the class, and our members on worksites take initiatives in and outside unions to encourage workers to fight against the system but also take part in making daily demands.

The proposals from social democracy in collusion with employers’ union to change labor market laws and attempts to forbid strikes must be rejected. In September, over 2000 workers and civil servants demonstrated outside the office of Trade Union Central in the capital Stockholm, and demanded that the proposals against the right to strike must be revoked, under the name “strike back.” Our party members participated and held speeches together with other progressive people.

We also fight for that Sweden leaving the European Union and will boycott the elections to EU parliament next year.

Sweden is in name a “neutral country,” outside NATO, but this is only a formality. In reality Sweden and the Swedish weapon industry are totally linked with American imperialism and its criminal wars. Sweden participated in the war against Libya, Sweden has troops in Afghanistan under NATO command, and Sweden supports the Ukrainian pro-fascist rulers with big sums. The Leftwing Party and the Greens are in full collusion with Swedish imperialism and support all NATO’s wars, despite some vague criticism of Israel.

The leader of Leftwing Party, Jonas Sjöstedt, says in the media that he prefers the USA before Venezuela, which the Latino community in Sweden reacted against.

In some towns, the Communist Party is forbidden from renting public municipal meetings rooms for study circles, meetings and social gatherings, with the excuse that our party is “extremist.” We have gone to court about this.

But we are satisfied with the court ruling that says that it is against the founding laws of Sweden to forbid the Communist Party.