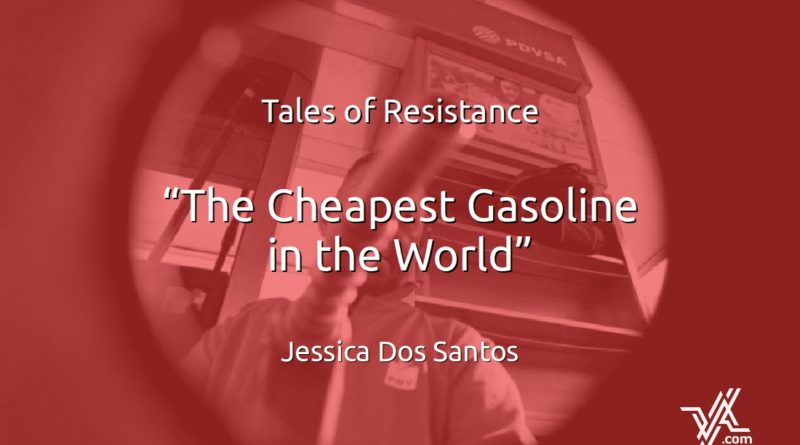 Jessica Dos Santos reflects on the recent changes to the fuel sector in Venezuela and the implications for the Bolivarian project.

For two months, most gas stations in Caracas were closed. The few that were running, under military supervision, had car queues stretching for over a mile. And that taking into account that fuel was only to be sold to priority sectors amid the coronavirus pandemic, such as healthcare and food.

At the same time, there was a growing number of complaints against mostly military officers for illegally smuggling gasoline from stations and shamelessly reselling it for 1, 2, 3 or even 4 dollars per liter. There were also those who sold their posts in the queue. This scenario would have been much, much worse if it had not taken place during a strict quarantine.

This situation, which has been a reality for months or even years outside the capital, was reminiscent of the times when food or medicines were scarce. Waiting in long queues to buy what little arrived, when it arrived, people started to clamor “we want the stuff to be available, even if it’s expensive, we don’t care.” And true enough, products reappeared. They were expensive, but they reappeared, to the point that many could no longer afford them.

In the case of gasoline, everyone, one way or another, agrees on what causes the shortages. First of all, the drop in oil production, since without producing oil you cannot refine it. Secondly, the lack of investment and resulting decay of national refineries. The third factor, closely related to the previous one, are unilateral US sanctions, since the country relies on importing repair parts, now prohibited by the blockade. These factors are compounded by other imbalances. For example, the cost of fuel, which was, without exaggeration, given away for free. After the (August 2018) monetary reconversion, which knocked out five zeroes from the currency, gas prices were never adjusted.

“The cheapest gasoline in the world,” sooner or later, would turn out to be very costly. You could see it coming.

A similar story had taken place in the case of those food and personal hygiene staples which went scarce – their regulated prices had become frozen in time. But this time there is a significant difference: before, our wages allowed us to say “yes, may the products come back, even if expensive.” Nowadays, prices force us to say: “yes, we need to charge for gasoline, but we need a salary raise in order to be able to afford it.”

These past few years, we Venezuelans have had to endure seeing our reality analyzed through absurd comparisons or tolerate hearing that “we want everything for free.” One one hand, we find those who say Venezuela is worse off than Haiti because our minimum wage is US $4, and on the other those who say we are better off than Norway because public services are free. Both readings of the situation are really, really basic.

Although, truth be told, many no longer know what to think. Some who used to defend the nationalization of basic industries now, confronted with blackouts and water shortages, are tempted into thinking “maybe if a businessman controls it, he can invest, and we’ll be better off.” In this way, worse than the decay we are living, it seems like it is being wiped from our memories that states can be efficient, that workers’ control can work, to be replaced with the idea that the people cannot manage their own destiny.

Amidst all this, the political sectors offer very little. The government scored a wonderful political victory when it received the fuel tankers from Iran in defiance of threats from Washington. But, should “oil-rich Venezuela” really celebrate the arrival of fuel from the other side of the world without wondering what has happened beyond sanctions? The country has a large scale refining industry almost paralyzed, and no one offers a clear explanation.

Meanwhile, the opposition does nothing more than criticize the measures undertaken by Maduro, but without offering any solutions. For example, there are refining products that are not produced in Venezuela but which were imported from CITGO, PDVSA’s US subsidiary. This company was seized by the Trump administration and handed to opposition leader Juan Guaido. And despite having created a “parallel government,” Guaido will not move a finger to solve the problems affecting the people. Quite the contrary, CITGO is about to be auctioned off by a US court.

Finally, and for now, the gasoline is here. We are allowed 120 liters at a subsidized 5000 BsS ($0.025) a liter, and after that, each liter is sold at the “international price” of $0.50. A thousand gas stations run by the state selling the subsidized version and 200 in private hands selling the $0.50 one, though nobody really knows who these private actors are nor what role they play in the distribution chain. Do they import gasoline themselves? Do they buy it from the state and resell it?

At first, the queues went on. But after having gas stations open 24/7, we can say that some “normality” has returned, and the issue has disappeared from corporate news agencies which are only interested in rubbing salt in Venezuelan wounds. However, what comes next? How long will supplies last? What do we do then? What are the chances of restarting our production? No leader gives us clear glimpses of anything.

Neither do we know for sure what economic repercussions this new gasoline model is going to have. And, beyond that, only time will tell how these developments will affect our conceptions of what the oft-mentioned “socialism” should or should not be. Because the idea of the Bolivarian Revolution was precisely democratizing access to food, education, housing, gasoline, even the cars that depend on it. Somewhere along the way this became impossible, and the government tried to palliate it with food boxes or subsidized quotas for this or that, but is that the same thing? Is surrendering (or returning) sectors to “the market” while keeping a small portion for people the only solution in the face of constant US sanctions and attacks? Do we need to change part of the project to avoid hunger and an invasion? All of this becomes even more confusing when it is not clear what is a step forward or a step backward. When are we going to discuss this?

Featured image: In her latest column, Jessica Dos Santos reflects on the changes to the distribution of fuel and their consequences. (Venezuelanalysis / Photo by PBS)