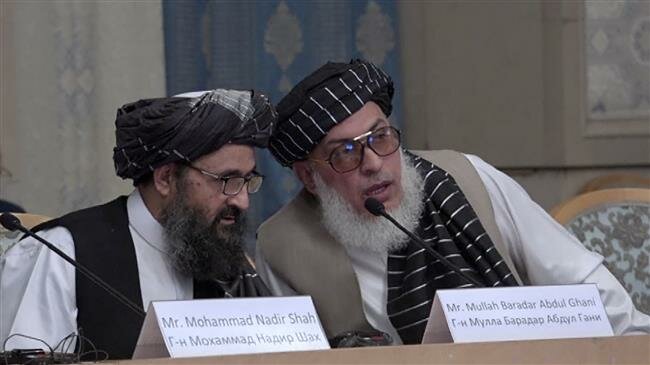 In a move to get the long-running tough talks going, the co-founder of the Taliban militant group and Washington’s special envoy for Afghanistan have traveled to Pakistan.

Mullah Baradar, the head of the Taliban delegation, and Zalmay Khalilzad with his team arrived in Islamabad early Wednesday.

Zabihullah Mujahid, the Taliban spokesman, said the delegation will meet Pakistan’s leadership to discuss the stalled talks with the White House.

“Our 11-member delegation will visit Islamabad today on the invitation of the Pakistani government. Our leaders will discuss the recent peace talks with the US and its cancellation with Pakistani officials.”

Following the collapse of the talks, Taliban negotiators visited Russia, Iran and China to discuss the peace process.

Baradar is the head of the Taliban’s political wing and usually based in Qatar’s capital, where for nearly a year the militants held face-to-face meetings with a US delegation led by Khalilzad.

Nine rounds of such talks have taken place in Doha. The two sides appear to have come close to a deal, under which the US would withdraw over 5,000 troops from Afghanistan within 20 weeks in exchange for security guarantees from the Taliban.

RELATED CONTENT: Taliban Predicts Losses of American Lives, Vows US ‘Will Suffer More Than Anyone Else’ as Trump Cancels Secret Talks

But Donald Trump abruptly canceled the peace process and declared the talks “dead” on September 9, after the militant group carried out a bomb attack in Kabul, which killed 12 people, including an American soldier.

Trump had already called off a top-secret meeting due to be held between the US and the Taliban at Camp David on September 7.The Afghan government has been sidelined in the negotiations.

On Wednesday, spokesman Sediq Sediqqi said in a Twitter posting that Kabul must be at the center of any peace process. “No progress will be imminent if a peace process is not owned and led by the Afghan government.”

The negotiations take place almost 18 years after the US invaded Afghanistan, following the September 11 terrorist attacks in New York, to overthrow a ruling Taliban regime.

Nearly 20,000 foreign troops, most of them Americans, are currently deployed in Afghanistan as part of a mission to purportedly train, assist, and advise Afghan security forces.