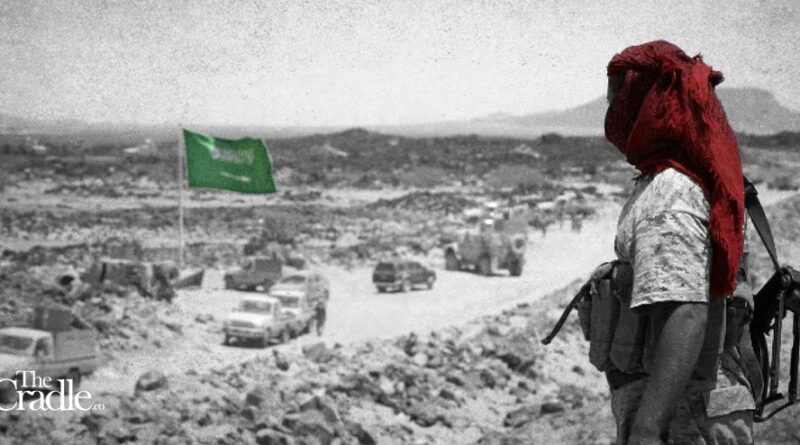 Yemen’s resistance shocked the region when it launched retaliatory strikes on UAE cities. Ansarallah’s next external move could be no less than recapturing Yemen’s northern provinces from Saudi Arabia.

In the past month, Yemen’s resistance movement, Ansarallah, has launched three rounds of retaliatory strikes on Abu Dhabi and Dubai, as part of a new deterrence strategy against UAE attacks on Yemen.

The escalation follows a UAE breach of the tacit agreement with Ansarallah to desist from targeting each other’s interests in Yemen.

In the current Yemeni military theater, that specifically meant the Emiratis must stay clear of the critical battlefield of Marib, and avoid Ansarallah’s battles in the north with Saudi Arabia and its proxies.

But as the liberation of Marib became imminent, both Washington and Riyadh urged the UAE to help halt Ansarallah’s rapid gains. The Emiratis did so through their Yemeni proxy armies – most notably, the Giant Brigades, stationed in the province of Shabwa, just south of Marib.

The moment these forces began to push northward, Ansarallah officials publicly warned the UAE that there would be consequences to face.

A UAE ship was first seized in the Red Sea, followed by a strategic decision to retaliate militarily against non-civilian targets in Abu Dhabi and Dubai.

The targeting of territory deep inside the UAE shocked observers who had calculated that Ansarallah was too mired in local battles to open up a new war front – and an external one at that.

It has since become clear that Ansarallah still has cards to play in countering both the UAE and Saudi Arabia in this drawn out war.

Yemeni missile and drone strikes in the heart of the UAE may force the Emiratis to exit the war with significant and unforeseen economic losses. It may also force the UAE to permanently drop its ambitious maritime schemes in the Red Sea, and reverse the country’s gains since 2015 entirely.

On yet another front – with far greater repercussions – a new strategic decision being contemplated by Ansarallah could very well catapult Saudi Arabia back into the 1930s.

Wresting Yemeni lands back from Saudi Arabia
Since 2018, when Ansarallah shifted from defensive operations to offensive attacks, the Yemeni resistance has been targeting military and economic locations inside Saudi territory.

To date – though mostly unreported in global media – thousands of ballistic missiles and drones have struck almost all major Saudi cities from the Persian Gulf to the Red Sea.

This deterrence strategy by Ansarallah resulted in significantly reducing Saudi airstrikes on Yemen’s capital, Sanaa, from thousands of airstrikes each month to nearly zero strikes in 2021.

But the strategy did not lead to Riyadh’s exit from Yemen.

In fact, a barrage of recent indiscriminate airstrikes on Sanaa by the Saudi-led coalition have reset the war to its starting point, and scrapped the military deterrence Ansarallah created to protect its capital city. So, a new tactical direction is under formulation and Ansarallah’s ‘joker’ card may soon be played.

This card can be nothing less than an invasion of Saudi Arabia and the return of Yemen’s historic territories to the Yemeni people.

Back to the past to predict the future
The three southern Saudi provinces of Asir, Najran, and Jizan lie on Saudi Arabia’s border with Yemen. All three provinces share the culture, religion, dialect, and architecture of Yemen. Many Saudis in those provinces also share deep family links and lineages with Yemen.

In the 1920s, assisted by both Wahhabi ideology and British colonialism, the founding monarch of modern Saudi Arabia, King Abdulaziz al-Saud, began his conquest of the Arabian Peninsula from the east.

By 1932, the same year in which he established the Kingdom of Saudi Arabia, Al-Saud had successfully managed to conquer vast areas of the peninsula, excluding Najran, Asir, and Jizan, which he seized from Yemen.

At first, the Yemenis managed to penetrate Saudi territory from Najran, but with British support, the Saudis beat them back and advanced deep into Yemeni territory, all the way to Hodeidah.

With heavy losses on both sides, the Treaty of Taif was signed to end the conflict between the two warring states. The Saudis agreed to withdraw from Yemen under one condition: that they would keep Najran, Jizan, and Asir for 20 years in order to benefit from the agriculture of those regions and to create a buffer zone with Yemen.

Having experienced battle against Yemen and witnessed the Yemeni will to fight back, Al-Saud fundamentally recognized the acute rivalry that would persist between the two states. He then infamously declared: “The honor of Saudis is in the humiliation of Yemen, and our humiliation is in the glory of Yemen.”

These words would have monumental significance for Riyadh in the decades to come: the guiding principle and existential price for all future Saudi monarchs was to subjugate Yemen at any cost.

Twenty years later, upon the expiration of the Treaty of Taif, Yemen’s ruler Imam Yehya was assassinated, and the country descended into chaos. In 1974, its President Abdul Rahman al-Aryani, was overthrown, and Yemen once again faced political turmoil.

In 1994, Yemen’s civil war erupted between the pro-union north and the socialist/separatist south Yemeni states. The war resulted in the defeat of the southern armed forces, the reunification of Yemen, and the flight into exile of the separatist leaders.

It was not until the early 2000s that the Ansarallah movement, commanded by their leader Hussein al-Houthi, started to gain power, and – more importantly – the support of northern Yemenis.

During this time, Yemen’s Saudi-backed president Ali Abdullah Saleh launched his first war on Ansarallah in 2004, killing Hussein al-Houthi who was subsequently replaced by his brother Abdul Malik al-Houthi.

In his effort to finish Ansarallah off, Saleh launched five further wars to bring the Yemeni resistance to its knees. The first started in 2005 and the fifth ended in 2010, but with every war Ansarallah gained more power and popularity.

In 2014, after Yemenis ousted their unpopular and unelected Saudi-backed president Abdrabbuh Mansour Hadi during the ‘Arab uprisings,’ and entered yet another period of civil unrest, Ansarallah took control of the capital, Sanaa.

The Saudis were not expecting such a decisive outcome in Yemen; certainly not one that was outside both their calculations and control.

It was the first time since the 1930s that Riyadh had not engineered a Yemeni coup or governing body, and their fears about their southern neighbor – as articulated in the past by Al-Saud – were being transformed, as they saw it, into reality.

Can Ansarallah recapture Najran, Asir, and Jizan?
Since the beginning of the current war in 2015, Ansarallah has managed to penetrateNajran in Saudi Arabia – not because of superior military prowess, but because of the many impractical, insensitive, and forceful methods which Riyadh has employed to manage its southern territories.

One of these tactics was the Saudi attempt to instill Wahhabi beliefs among the Shia majority populations living in those areas. For example, Saudis established religious schools to convert these communities to the beliefs and ‘values’ of their rulers in Riyadh.

On a side note, southern Saudis, whose descendants were once Yemenis living in Yemen, are not allowed to attain senior rankings within either the military or the government, a clear indication that Riyadh views them as second-class citizens.

Further, many Sunnis in Yemen’s south were moved to the northern provinces to alter demographics and influence the political and religious outlook of those communities living near the Saudi border.

Of all its questionable tactics, Riyadh’s border defense strategy against Yemen stands out as possibly one of the most inefficient border security policies undertaken anywhere.

The Saudis built three lines of defense on their 400km border with Yemen. On the first line of defense stood Yemeni mercenaries; on the second stood the mercenaries from the Sudanese army; and on the third was the Saudi army – considered by many military experts as “unfit for combat.”

In 2021, Ansarallah released footage of their fighters invading Najran and taking control of vast uninhabited areas with southern Saudi Arabia.

More recently, Ansarallah took control of a Saudi base in the Haradh district, on the border between Yemen and Saudi Arabia, and has warned Riyadh that it will take more areas in the kingdom’s south.

But will Saudi Crown Prince Mohammad bin Salman (MbS), the de facto ruler of the kingdom, heed these warnings, or will he ignore them as he has done so often with warnings from his Yemen war coalition allies?

An invasion of the southern territories of Saudi Arabia, a seizure of its cities, and widespread circulation of footage showing Saudi citizens welcoming Ansarallah could break Riyadh’s morale and shake the Arabian Peninsula through and through.

A chain reaction could unfold in oil-rich, Shia-majority areas across the kingdom, where oppressed voices may rise again, triggering other dissatisfied and marginalized Saudi communities – as, for instance, the people of Hijaz who have never accepted the rule of the Al-Saud family.

An Ansarallah takeover of southern Saudi Arabia would be a nightmare for the Saudis – one they have worked hard to prevent for 90 years.

Featured image: Ansarallah has been eyeing the recovery of Yemeni territory temporarily seized by Saudi Arabia in the 1930s, but never returned.  Photo Credit: The Cradle