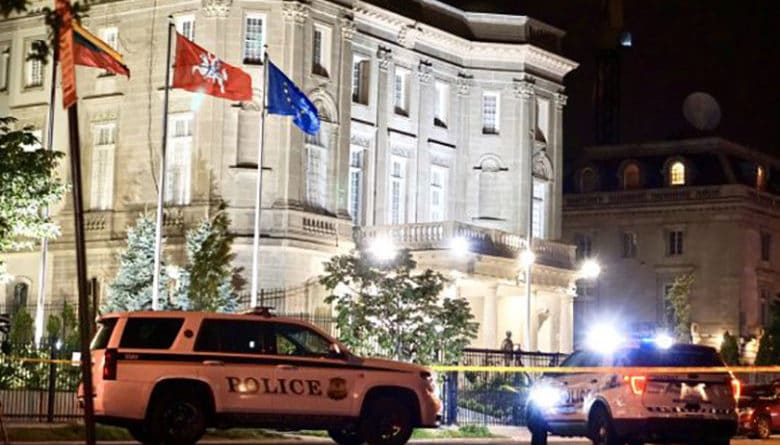 Both the impunity with which the extremists act, and the absence of any reaction from Donald Trump’s administration to the gravity of an armed assault on a foreign (Cuban) diplomatic headquarters, silently answer the biggest question: Who really sponsors terrorism?

The United States has been the main organizer and sponsor of terrorism in the world, since its emergence as a power with aspirations of universal hegemony.

In the course of contemporary history, that nation created, structured, and provided all kinds of support to confessed paramilitary groups and terrorists around the globe. It also provided assistance to numerous dictatorial governments that used terror as a tool of repression against their peoples.

The terrorist war unleashed against Cuba was conceived as state policy. The variety of military, economic, biological, diplomatic, psychological, propaganda, acts of espionage, the execution of acts of sabotage and attempts to physically liquidate the leaders of the revolutionary process, are part of an official strategy created and executed from the White House to defeat the Revolution and stop the construction of socialism on the Island.

Too much is the evidence that has been reviewed so many times: the hijacking of planes, which until 1959 were unprecedented in the world, was a method devised and used precisely by the CIA in its program of terrorist actions since the triumph of January. The figures of 3,478 Cubans who died and 2,099 disabled as victims of all the violent plans over the Greater Antilles, show the serious consequences of the scourge.

Two months after the terrorist Alazo Baró shot “to kill” at the Cuban Embassy in Washington, the complicit silence of the White House brought to light the spawn of a past still close in time.

The spirit that animated the mercenary and his puppeteers in Miami, is born from the policy of tolerance, complicity and incentive for hatred that for years allowed Orlando Bosch, Posada Carriles and other monsters born under the tutelage of the (US) government to act with complete freedom.

Both the impunity with which the extremists act, and the absence of reaction from the Donald Trump administration to the gravity of an armed assault on a foreign diplomatic headquarters, silently answer the biggest question: Who really sponsors terrorism?

Invariably, Cuba’s response always has the same height, as it offers, as lessons, in the midst of the crisis caused by Covid-19, and under the ethical protection of the ideology of Martí: “There where hate is preached, or intolerance, comes down in a good hour: but temples? now more than ever are needed, temples of love and humanity that unleash everything that is generous in man, and hold back everything that is crude and vile in him.”