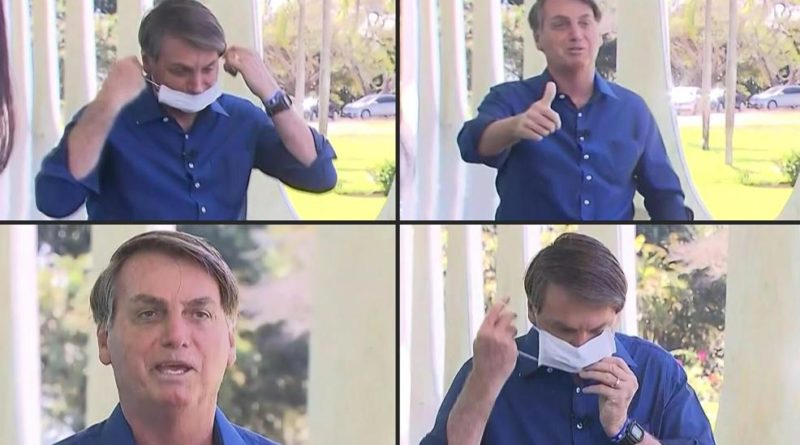 The Brazilian Press Association (ABI) reports that it will sue President Jair Bolsonaro for exposing journalists to possible Covid-19 contagion.

The institution (ABI, for its acronym in Portuguese) refers to what happened in Bolsonaro’s residence on Tuesday during a meeting with a group of journalists while the president personally announced that he was infected with the new coronavirus, causing Covid-19.

The president “broke the isolation recommended by the doctors (…) received journalists from media he considers friendly to inform them personally,” says the Brazilian Press Association in a statement titled “Bolsonaro commits another crime.” The text, released on Tuesday, also mentions that the dignitary removed his mask when he was around two reporters. The video below is more than explicit about the journalists reaction.

Bolsonaro took off his mask while announcing in a press conference that he tested positive for #COVID19 https://t.co/j7QSBMZ5sS

Paulo Jerónimo de Sousa, president of ABI, said that, “despite knowing that he was infected, Bolsonaro continues to act criminally and endanger the lives of other people.”

According to the executive, the president violated the Penal Code, in its article 131, which states: “Practice, to transmit to another serious illness that is contaminated, an act capable of producing contagion. Penalty: imprisonment, one to four years, and a fine.”

The far-right leader confirmed that he is infected, after presenting some symptoms, such as fever and muscle aches. However, he noted that he is “perfectly fine” and reported that he is being treated with chloroquine.

Faced with his negligence in response to the health crisis, thousands of Brazilians took to the streets on Sunday to demand the resignation of the president, shouting: “Away, Bolsonaro, your “little flu” has already killed 50,000″ people.

This while, according to the most recent report of the National Council of Health Secretaries (CONASS), another 1,254 new deaths from the disease were registered, reaching a total of 66,741 deaths. The total number of infected persons in Brazil is 1,668,589 since the start of the pandemic.