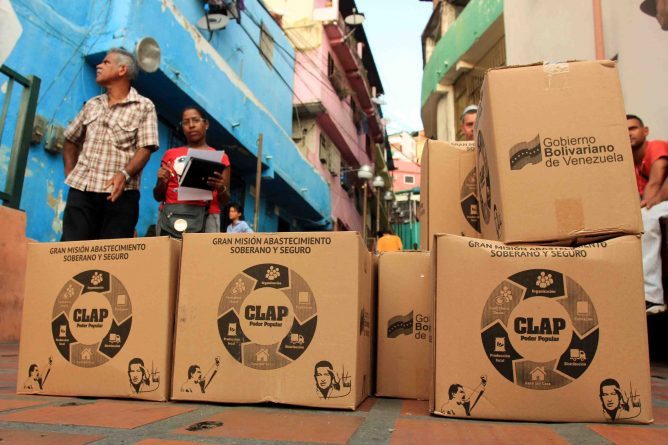 On Wednesday Venezuelan President Nicolás Maduro approved the incorporation of the Bolivarian National Militia with the Local Supply and Production Committees (CLAP). The authorization aims to integrate this body to the tasks and functions of supervision and control of the Nutrition Mission, working in coordination with the governors of the 23 states of the country, the People’s Power, and the CLAP.

“The militia goes directly to the distribution of the CLAP, in the 1,141 parishes of the country,” said the head of state in joint radio and television broadcast from the state of Aragua.

This body was created during the government of the then President Hugo Chávez, in response to the interventionist attacks of the United States Government (USA) led at that time by George W. Bush Jr., and to serve as a complement to the Bolivarian National Armed Forces.