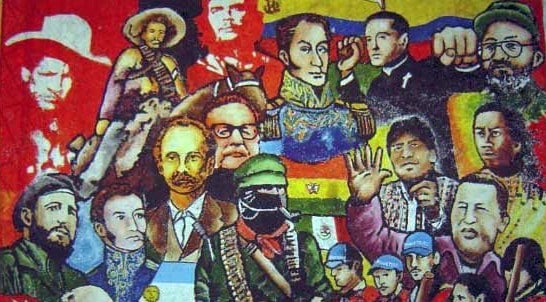 We all personally know that nice game called “Democracy: People’s Government.” This means yours, mine, ours, with clear and simple rules, a perfect receipt for a happy coexistence with respect and freedom. Do you remember it?

We all bought into that game and played it without asking too much because you should not ask for anything because you get to vote every once in a while and that’s it. The game we got tired of playing because we always lose. The one we got to understand and then we started to play to win. And we won. The ones who were the usual winners started not to like that much. Believing that the rules of their game were shielded, their game, they didn’t see the gaps through which people went in. This is to say, those people who were supposed to rule in a democracy but who never actually had voice even though they were able to vote a few times. Well, that game is exhausted.

It’s not exhausted, they exhausted it. When they saw we were able to overcome that labyrinth of insurmountable obstacles namely elections, they went totally crazy. They came up with all of their soft coup aces, color revolutions, traditional coups, sanctions, and if that did not work, they tried new tools, this time painted with dignity, morality, and ethics. Corruption showed up as an unprecedented evil. For heaven’s sake! Out with Dilma–said the faith traders and stop our suffering!

They laid out their lawfare cards and we saw corrupt enemies of the people charging our people’s leaders with their own crimes. We saw Lula imprisoned due to an apartment he never had, due to crimes his accusers commit all the time. We saw people’s will demolished by tricky judges not chosen by the people.

We also saw, and we have to say it, certain people in the left gladly swallowing all the junk thrown by the Right because, oh dear, corruption!… Free Lula! –they sang almost pleased for being defeated once again, another pitiful chant and their moral superiority remained untouched.

The Evo Administration was not worth a dime for them to oust him. He was ousted for being indigenous, poor, and for not abandoning his people, the majorities marginalized until Evo arrived and they assumed power with him.

The Right, once again, blamed Evo for the crimes they commit, while they continue persecuting and murdering in the name of God and democracy. The Church blesses them. Barbarism wearing a silk suit. Institutions safeguarding democratic foundations are part of the ousting plan. Now, elections are not enough. They also have to be “credible” and they are won not by the one voted by the people but by the OAS, the European Union and the U.S. Form is no longer important, get rid of that one in the way and hold new elections without him, even if people want him. It worked in Brazil, it will work in Bolivia as well. And kill whoever you’ve got to kill. They are natives anyways, they are poor and no one will care about them.

The left blame Evo’s innocence for the coup d’état and he is also blamed for the death of his brothers and sisters in the hands of the coup plotters. Then it’s not about the administration, it’s about innocence… and so on.

RELATED CONTENT: Maduro on TIAR: “It was a Puppet’s Meeting” (More Sanctions)

And the continent suddenly gets disturbed. And crush those Chileans protesting over there, and kill those Colombians protesting over here, they are not demonstrators but vandals, the same as the Bolivian natives, they are vandals too. Be careful Maduro, don’t you even dare to repress one single protest, not convened by a President who is not, but we wanted him to be and now we don’t know what to do with him.

It is not about corruption, nor the administration, nor freedom, not a damn thing. It’s about something much simpler and absurd: and that is if any Government puts the interests of the owners of the world at risk, just attack that evil regime with everything you have. And if the Government is a nice puppet and people are screaming, just attack those vandals with everything you have.

That we are in times of no dissimulation, when masks are heavy, they are annoying. Times of certainties are kicked out. Times of cynicism. Times of tearing down. No more surprises. That Chavez was always right and they always said he was crazy, not just the traditional Right but that Left too.

And we continue here, still and in spite of everything, just like Chavez did, maneuvering between the traps of the Right that is trying to kill us and the moral superiority of that left that prefers us to be martyrs so they can pay homage to us once a year.

Anyways, once the rules are bent, the democratic game has turned into a life or death issue, don’t come later to cry.