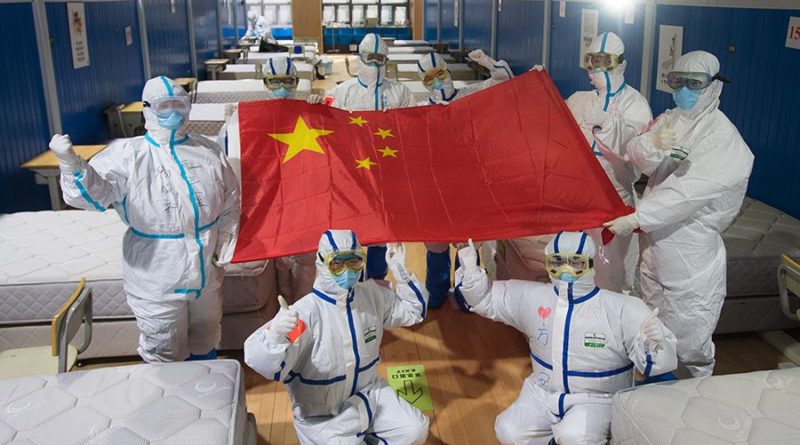 Shenzhen, China, April 7, 2020 – Car horns, construction projects and the hustle of people heading to work: these are the sounds I’m greeted with every morning as life has mostly returned to normal in China. This is in stark contrast to only a month and a half ago when the streets were completely barren in Shenzhen, the sixth largest city in China and a city of 13 million people. If not for everyone wearing medical face masks and temperature checks at the entrance to every building, no one would believe we were still in the middle of a global pandemic. However, this is the reality in China, which has almost completely defeated COVID-19.

The initial lockdown in China started in Wuhan, Hubei province on January 23. I returned to Shenzhen from a short vacation on January 22, just a day before that. I did not know what the situation would be like when I returned. I had been watching the development of the outbreak on the news and was bracing myself for a potentially catastrophic situation. I even contemplated returning home to the U.S. to wait out the storm. However, the reality in China was much calmer than I expected.

Over the following weeks, every region in China followed suit implementing its own quarantine policies according to national guidelines, including my own Guangdong province on February 6. China’s socialist government was able to coordinate a centrally-planned response across the entire country that saw planes and high-speed rail halted, schools and non-essential businesses closed, a massive public safety awareness campaign, and a general sense of community among the population combating an existential public health crisis. The constant stream of information we were provided about how the outbreak was spreading and new measures to use to protect ourselves was oddly comforting. It felt like someone was definitely in control of the situation.

Each province had its own safety measures put in place depending on the severity of the outbreak, with the strictest measures implemented in Wuhan itself. Here in Shenzhen, the government encouraged a 14-day quarantine. People were still free to leave their homes but were encouraged to do so only for essential reasons like visiting a grocery store or pharmacy. There was nowhere else to go because every other type of business was told to shut their doors. If someone ventured into public, they were required to wear a face mask. People understood the severity of the epidemic and were taught that this was a community effort to prevent further spread.

These policies continued throughout February and were slowly lifted in mid-March as the number of new cases started to decrease dramatically in most provinces. Instead of worrying what a massive quarantine would do to the bottom line of its corporations, the socialist Chinese government took a bold stance to put the lives of its people over profits. The response worked: China sees very few new local cases today with most new ones coming from Chinese citizens returning home from abroad.

This is in stark contrast to the United States. The first case of coronavirus in the U.S. was on January 19 in Snohomish County, Washington; the patient was a 35-year-old man who had recently returned from Wuhan. As the world watched China take decisive action to close down the country and protect its people, the Trump administration chose to do nothing.

For nearly two months since the first case landed in America, there were no national preventative measures put in place, apart from Trump instituting a travel ban from Europe. There was no plan to aid hospitals to gather necessary medical equipment. There was no plan to marshal the public against a public health crisis. There was no plan to protect millions of Americans from the deadly virus that was already on America’s doorstep.

Instead, the Trump administration buried its head in the sand. When 15 cases were already reported, Trump himself downplayed the situation and said that they would go down to zero, despite every report from the Centers for Disease Control and Prevention (CDC) stating otherwise. In actuality, the number of cases in the United States has skyrocketed. As of the writing of this article, the total amount of confirmed cases of COVID-19 has reached over 300,000 people, putting the country on track to reach over 1 million cases by the end of April, if not sooner.

Unlike China’s consolidated central planning, America requires each state to come up with its own stay-at-home policies. However, not every state in America has implemented preventative legislation. 41 states have all enacted some form of stay-at-home or social distancing policy, with some holdouts in the Midwest and South. Moreover, each state is inconsistent in its policies. Whereas a state like California has implemented very strict stay-at-home measures, states like Florida have treated such policies more like guidelines. This fractured capitalist system means that Americans will continue to receive conflicting information about the dangers of the virus and might exacerbate its spread by not self-isolating.

In comparison, China’s socialist system has allowed for unified action across all 34 of its provinces and municipalities to combat the outbreak and protect its people. The United States’ capitalist response has been much more fragmented. The fact that the outbreak is already this severe in America and yet there still aren’t universal protective measures in every state is not only disturbing, but also an omen for just how severe and long-lasting the outbreak will be.

When the Chinese government shut down the city of Wuhan there was a confirmed case count of 571 – roughly similar to the current amount of cases in the state of Delaware. Even after shutting down the rest of the country, the cases in China grew to over 80,000 until Wuhan saw its first day without a new case on March 19. The propagation rate was still high even with about two months of strict quarantine, testing and public awareness.

The United States is currently failing to reach that same level of commitment. Because of the hesitancy in capitalist America, weighed down by an administration worried about the economic costs of a public shutdown, current federal projections show the outbreak could last up to 18 months in the U.S. with multiple waves. The exponential growth of the virus means that less action now results in a more protracted epidemic in the future.

Trump stated he is hopeful to reopen the country by Easter. This is not only woefully misguided, but also incredibly dangerous. The U.S. has not done nearly as much to contain the outbreak as China has, and even with such strict measures, it took China almost two months to finally ease the quarantine. Without similar comprehensive quarantine policy and widespread available testing, the United States’ healthcare system will eventually be overloaded, as hospitals struggle to provide enough ICU beds and ventilators for severely ill patients.

We are already starting to see the cracks in the American healthcare system. Its for-profit, decentralized system is not successfully distributing enough personal protection equipment (PPE) to all of its doctors and nurses. Health care workers have had to make do with making their own equipment, leading to ineffective protection and eventual contraction of the virus themselves. This free market-based system is so woefully inept that individual states are actually competing to outbid each other to purchase medical equipment like ventilators for their own hospitals.

China quickly mobilized an army of doctors and nurses to go into the pandemic epicenter in Wuhan. The government was able to build entire hospitals in as little as ten days to help with the overflow of new patients. The socialist government guaranteed to pay for all treatment costs and also enacted policies that would guarantee pay for its immobilized workforce. After enduring a harsh two-month long storm, the outbreak has started to subside and now China will reap the benefits of its early actions. China’s businesses have reopened (with new public safety guidelines), restaurants and bars are filled with customers again, and schools in some provinces have even seen the return of their students.

Because of China’s coherent response to the virus within its own borders, it is now able to look outward and send aid to other struggling countries. China has sent masks, medical equipment, tests and doctors to countries like Italy, Spain, Iran, Venezuela, Serbia, Pakistan and even the United States. Just this last week China sent over 1000 ventilators to the state of New York. The world has noticed the discrepancy between a strong China, taking decisive action to combat the outbreak, and a floundering America, unable to help itself.

As I watch the chaos unfold in the rest of the world, I’m relieved I ultimately decided to stay in China to endure the pandemic. Life has mostly returned to normal, even if some things still remain unchanged from just a couple of months ago. Although the public mask requirement has been lifted, nearly everyone still wears one. I still get my temperature checked every time I enter a building, including my own apartment complex. Schools have not yet reopened in Guangdong, as officials want to ensure the situation is absolutely contained before students return to class. Everyone here is proceeding with the utmost caution to prevent a second wave.

The amount of support and national solidarity displayed during these times has also been nothing short of amazing. The Ping An Finance Center – the fourth tallest building in the world – is lit up every night with encouraging messages to Chinese citizens to support each other and fight on. I strolled through downtown one night and found that all the skyscrapers had been proudly emblazoned with huge digital images of courageous doctors and nurses on the front-lines in Wuhan as if they were rock stars. This last week there was a national moment of commemoration. Loud sirens were blared throughout the city and every car on the street was blasting their horns as loud as they could go. The event was to mourn those who had lost their lives to COVID-19, but also to signify that China had won – they had beaten the virus.

Experiencing firsthand how the pandemic was handled here really makes me proud to live in a country that puts the needs of its people as its first priority. Life is truly returning to normal in China, but it’s only because socialism carved a path to victory and helped save humanity.