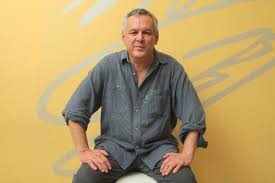 A friend asked me if I was nervous about the threat that means that Germany, England, the United States, and a few countries in our region, the puppets, recognize a certain Guaidó as president of Venezuela. I looked at him with some surprise, nervous? No, man! I said. What I am is damn scared.

Why do you think terrorism is called terrorism? Why do you  think it make people nervous? No, my pal … they call it terrorism because they cause terror. They sow fear, uncertainty at the point of death and desolation. And we are not talking about some guys who ride an explosive car and eliminate twenty, fifty or a hundred innocent and unaware citizens. Not that! We are talking about powerful groups, with hundreds or thousands of fighter aircraft, of last generation, full of missiles, bombs and shrapnel with an immense capacity of destruction. With an efficient propaganda device that is nothing more than heavy artillery.

They are terrorists who rely on regulated procedures, which have banks and financial institutions full of coercive economic measures, manipulated by international organizations and when they can not manipulate them, they ignore them Olympically. They impose measures that kill you of hunger, thirst and helplessness to those who can survive a bombing. They have thousands of soldiers trained to torture and kill in a hundred different ways.

They are terrorists with blood and a cold head … who often annihilate entire cities, leaving thousands dead and stealing everything they can. They are cynical: State terrorism, transnational terrorism is perpetrated in the name of anti-terrorism, in the name of democracy … it is a terrible thing to be afraid of.

That does not mean that you paralyze yourself … that you flee or surrender, it would be foolish because they still go after you and kill you. Common! What’s up? Did you get nervous? Not my pal, he said, not nervous, no.

The fear that must be had is that which serves to organize yourself, to think in depth but in time. The fear that makes you observe well the events and their signs, that forces you to look at the arsenal that is inside you: love, loyalty, the vocation of peace, connect with the warrior that we are, that moves our heart and resist peacefully or wield a weapon for peace to triumph.

With that fear that we have to have sanity, we can look at our children and know that we will defend them at all costs, that we will talk about freedom and dignity despite the terror they impose, that maybe, at some point, We messed up the pants, but that’s not why we’re going to give up but that we’re going to continue to fight. That maybe our legs tremble but we will not lower the cervix. That fear, my pal, serves not to get out in the middle of the fray and put your chest open, like a hero of small things, and that you stick two leads in the heart, but to put you to guard and sharpen the aim.

We have to be alive and in position to be efficient in battle. They have no mercy, we do, but it is necessary to win.