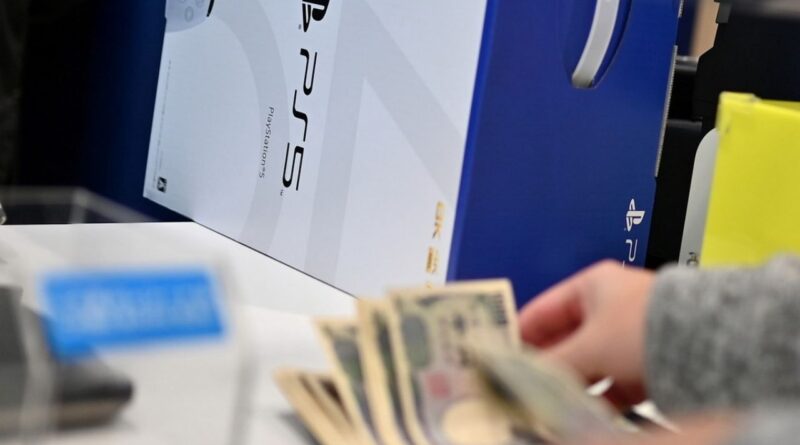 As Christmas approaches around the world, lines get longer, prices fluctuate, and everyone wants to get their hands on the season’s hottest gift or toy for their loved ones. This holiday season’s most sought after gift appears to be either a Sony PlayStation 5 or a Microsoft Xbox Series S/X, with price ranges from $299-$499 depending on the model. However, as of this writing in December 2020, it is almost impossible to acquire any of the models for anything less than several hundred more than the suggested retail price, with some scalpers and speculators selling them for thousands of dollars on online marketplaces. It is estimated by some that these speculators have made almost 30 million dollars on a reported 60,000 resold consoles. This type of greed and unadulterated resemblance to the ‘Grinch Who Stole Christmas’ is unconscionable and unfortunate. Artificial scarcity is of course nothing new for a capitalist economy, one recalls the millions of tons of food products destroyed by large producers in the wake of the COVID-19 pandemic. Millions of tons of food are also destroyed on the daily in capitalist economies in order to artificially inflate prices at the expense of consumers and workers alike. The problem posed by the new generation of gaming consoles, that is, the purchasing of goods at a lower price and then gouging people at highly speculative prices, is nothing new for the people of Venezuela although in a much more serious and dangerous fashion.

Ever since the Bolivarian Revolution arrived more than 20 years ago, much of its history has been marked by human focused economic policy, including price controls, subsidized fairs, and state super markets such as MERCAL and PDVAL. While this has proven incredibly successful in improving consumption, boosting economic growth, and democratizing access to nutrition, another more sinister element has arisen. While private companies have continuously hoarded literal tons of food products and basic staples of life, especially in the midst of an electoral campaign, an often overlooked aspect of the economic war being waged by the local and International oligarchy against the revolution, is smuggling. Because Venezuela has had a popular workers government over the course of the Bolivarian Revolution, prices for subsidized food and household products have been much lower than neighboring Colombia with which Venezuela shares a border of 1,378 miles. Much of this border is porous and hard to monitor. This combination of factors has caused gangs of Bachaqueros to emerge, people who are willing to buy up the subsidized products and cross the border into Colombia where they increase the prices dramatically, but even still workers of Colombia are offered steep discounts from their own capitalist markets.

RELATED CONTENT: No ‘Singles’—the Other Headache for Shoppers Using US Dollars in Venezuela

While it is annoying and upsetting that many kids and adults alike will be extorted or made to simply do without the next best game console, the workers of Venezuela are forced to play the same game but with meat, vegetables, detergent, diapers, and other products. Do not believe the lies that it is the government interference that has caused shortages in the past, for if this was true, where are the products that end up in Colombia or on the black market coming from? Not only that, but production of agricultural products in Venezuela has increased dramatically since the ’90s, as has the state budget allocation to food production, the amount of imports into the country, as well as the amount of foreign currency allocated by the state for importers. What we have been seeing the oligarchy do ever since Hugo Chávez was elected president, is unmasking the myth of the “invisible hand”, an economic concept so asinine it is laughable.

Coined by Adam Smith in 1759, the concept of the invisible hand is the idea that everyone pursuing their own self-interest, and only their own self-interest will somehow allow for the greater good to come about. The concept is used to dismiss the needs for government intervention in the economy, with assurances that the invisible hand will make sure everyone is taken care of. Meanwhile capitalist societies are destroying food while people starve and building more expensive homes while people continue to be homeless. Keep this in mind, that while millions of people in the US continue to beg and plead their oligarchs for action in aiding the struggling workers in this time of economic misfortune, Venezuela has spent the last few Christmases making sure people have been taken care of. No situation is perfect, but one recalls in 2016 when the Venezuelan price control agency SUNDEE confiscated almost four million toys which were being hoarded and sold for exuberantly speculative prices; the toys were then distributed to families of Venezuelan workers. In 2014, Venezuela’s ministry for food broke three Guinness records for production of traditional Venezuelan Christmas foods which were distributed to the poor. Just a few weeks ago, 12 million toys were imported to be distributed through the community councils and the Committees for Local Supply and Production (CLAPs). Coupled with Christmas bonuses and food tickets, Venezuelans see a government that is not perfect but continues to fight the David and Goliath battle of serving its people through revolution while under constant attack economically. If only the people of the US were as fortunate.

Featured image: A customer buys the new Sony PlayStation 5 gaming console on the first day of its launch, at an electronics shop in Kawasaki, Kanagawa prefecture on November 12, 2020. AFP-Getty Images