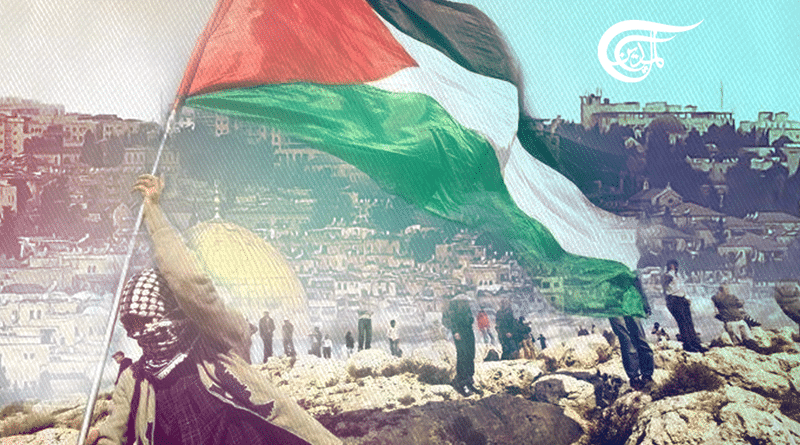 The Palestinian cause is political, it is a cause of National Liberation.

The Palestinian cause is political, it is a cause of National Liberation, and it is the cause of a native people that today in the 21st century is fighting against a colonial yoke and anachronism called “Israel”. That’s all, I repeat that’s all.

To hide the colonial character, Zionist propaganda has successfully managed to plague a pseudo-narrative, claiming it is a prehistoric, millenarian, religious, anti-Semitic, complex, metaphysical conflict. All an attractive abstract… all an aesthetic blah, blah of aromatic lies.

All colonization registers were showing the violation of the human condition, it is a whole regime and logic of torture, Apartheid, slavery, spoliation, hatred, contempt, racism, supremacy, bestiality, terror, massacres, genocide, memoricide, historicide, culturicide, epistemicide. And all this is done and instrumentalized through the human values of the time.

The vulnerable West fails to understand the colonial nature of Zionism in Palestine. Likewise, the Palestinian Authority and some Palestinians do not want to talk about the Palestinian Cause as a reason for National Liberation and today the PLO (Palestine Liberation Organization) has become an entelechy.

There are those who limit themselves to the framework of human rights and there are Arab dictatorships that want to limit the Palestinian Cause to a charitable, humanitarian and benevolent mission. They want to make “Jerusalem” an Islamic symbol; they don’t only disregard the Palestinian National Liberation Cause against Israeli colonialism, but they see it as a religious duty to defend “Israel”. These Arab tyrannies use Palestinian blood to make gigantic economic investments and especially to perpetuate themselves in power as a plan of the imperial West.

In the first instance and till this day, the Palestinian cause is believed and felt to be a religious conflict…the Western displayed remarkable ineptitude to bring the Arab world to a religious commodity…After the end of the Cold War which meant the spread of the internet, the whole world discovered the human atrocities against the Palestinian people. It was obvious that there was no way to hide the barbarity. The well-hidden corpse stinks and there is no way to conceal the stench. Human Rights became a real opportunity for Palestine, as the bestial victim is humanized, while the real victim was guilty, and the fascist character of that bohemian “state” known as “Israel” is unveiled. It is a huge breakthrough, but be warned, there is less talk today of the liberation of Historic Palestine against the Israeli colonial yoke.

Within that grandiose opportunity of the human rights scene, there is also much taboo, repression, persecution and corruption. Repression in the Arab world is brutal but in the West, repression is sophisticated. In the West, as far as Zionism is concerned, repression goes through euphemisms like, you have to be prudent, strategic, intelligent, objective (self-censorship), don’t say this, don’t go near such and such a group, you won’t get a job, you won’t get a grant if you say that, don’t talk about armed struggle as an alternative, you can go to jail as an anti-Semite. Fear operates elegantly.

Fear is the big problem, fear is an infidel component inside of us, and solidarity, struggle, creativity and even talent revolve around fear.

That “our fear”, that cowardice turns us into creative and talented colonized people.

Pro-Palestinian consciousness has been stifled in the colossal Zionist propaganda agenda, for example, they must plead that to be anti-Zionist is not the same as to be an anti-Semite. The tool of Human Rights is valuable and meritorious; it has dismantled religious stereotypes and raised public awareness. People are already talking about Apartheid, ethnic cleansing, occupation, political prisoners, the Wall of Shame, the false two-state solution; no one is talking about the Right of Return of the Palestinian refugees scattered around the world. BDS (Boycott, Divestment and Sanctions) is perhaps the most valuable tool. But it is less visible to speak of the Palestinian Cause as a reason for National Liberation against a colonial yoke. Talking about the consequences and not the Cause is not the most honest thing to do. There is a desire to make that seem outdated, rhetorical, conventional…we have to evolve, we have to move forward, and there are those who say that we have to think about peace. We are becoming Zionists, thus defrauding life. The Galilean Mahmud Darwish said, we resist because we love life.

Fear operates and we think we are clever in our cowardice. Let us not confuse fear with strategy. Let us assume that we are fighting against the greatest power in the world, Zionism.

The Palestinian people are facing a classical colonialism that not only usurped their homeland but usurped their history because it comes from a European movement that has the purpose to turn a certain religious community into a People. That’s why it usurps the history, its culinary territorial characteristics and the whole cultural expression of the native people. The ideologists of Zionism clearly see the need to exterminate this native people in order to guarantee their nation-state project for the sake of the Jewish religious community. The existence and continuity of the Palestinian people is threatened. The Palestinians were expelled from their homeland and are being expelled from history. Palestine, a people with more than 11,000 years in the light of history, has become today a forbidden people.

I renounce intelligence, strategy, prudence and moderation. I cling to justice, to what is honest, sane, noble, generous, humanistic and dignified; the National Liberation of the native people against anachronism and the colonial yoke. I do speak of the abolition of the colonial regime of “Israel”. And I clarify, don’t ever expel those who expelled us, instead, make them Palestinian citizens, as did the Zionist Ukrainian Aryan Golda Meyer, the Belarusian Aryan Shimon Peres and thousands of Zionist Jews, when the extinct League of Nations, established that every Jew who wished to live in Palestine, should apply for Palestinian citizenship.

We have a date with Universal History, to abolish colonial anachronism from our historical time.