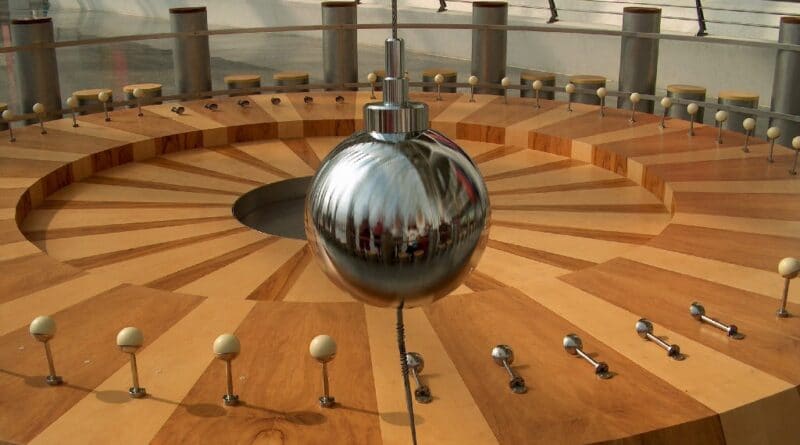 There has been a purge of left-wing accounts from social media, with socialist organizations being targeted on Facebook and multiple Antifa-associated accounts suspended from Twitter.

“We have just confirmed that Facebook has disabled the page of the International Youth and Students for Social Equality at the University of Michigan, as well as the accounts of all admins,” World Socialist Website editor tweeted today. “This is an unprecedented attack on the speech rights of an official campus student group.”

On Friday, Facebook carried out a purge of left-wing, antiwar and progressive pages and accounts, including leading members of the Socialist Equality Party. Facebook gave no explanation why the accounts were disabled or even a public acknowledgement that the deletions had occurred.

At least a half dozen leading members of the Socialist Equality Party had their Facebook accounts permanently disabled. This included the public account of Genevieve Leigh, the national secretary of the International Youth and Students for Social Equality, and the personal account of Niles Niemuth, the US managing editor of the World Socialist Web Site. In 2016, Niemuth was the Socialist Equality Party’s candidate for US Vice President.

Facebook also disabled the London Bus Drivers Rank-and-File Committee Facebook page, which was set up with the support of the Socialist Equality Party (UK) to organize opposition among bus drivers. This follows a widely discussed call for a walkout by bus drivers to demand elementary protections against the COVID-19 pandemic.

None of the individuals whose accounts were disabled had violated Facebook’s policies. Upon attempting to appeal the deletion of their account, they received an error message stating, “We cannot review the decision to disable your account.”

We have just confirmed that Facebook has disabled the page of the International Youth and Students for Social Equality at the University of Michigan, as well as the accounts of all admins. This is an unprecedented attack on the speech rights of an official campus student group.

Twitter has suspended several popular accounts with alleged ties to Antifa — which have more than 71,000 followers combined — following the Inauguration Day riots.

At least four accounts tied with the militant group have been yanked offline — including @TheBaseBK, the account for the anarchist center in Bushwick, Brooklyn.

Archived web pages of the accounts show they shared more than 71,000 followers and dated as far back as 2012.

This follows a mass purge of right-wing accounts in the wake of the Capitol riot earlier this month, a swing-back of the censorship pendulum that surprises nobody who knows anything about anything. That purge was broadly supported by shitlibs and a surprisingly large percentage of the true left, despite the overwhelming and growing pile of evidence that it is impossible to consent to internet censorship for other ideologies without consenting to censorship for your own.

I encountered many arguments in support of the right-wing purge from the online left while it was happening, and none of them were good.

“They’re only banning fascists,” they told me. “Why are you defending fascists?”

Well first of all there was never any evidence that these social media corporations were only purging fascists. We know for example that included in the sweep were tens of thousands of basic QAnon posters, who while ignorant and wrong would not in most cases meet most people’s definition of “fascist”. We don’t know who else was eliminated in the purge, but believing on blind faith that Facebook and Twitter were only targeting fascists who want to violently overthrow the US government is silly.

In reality these social media giants have never claimed to be “banning fascists”, and there’s no reason to believe that’s their policy; white nationalists like Richard Spencer are still there. And even if these outlets did have a policy of “banning fascists”, what definition of “fascist” are they using? Do proponents of Silicon Valley censorship believe they’ll be using their personal definition of fascism to determine whose political speech is off limits? Do you think they’ll be calling you personally to consult you on whom to ban? How do you imagine this works exactly?

And of course opposing the normalization of government-tied monopolistic Silicon Valley oligarchs controlling worldwide political speech on the platforms an increasing number of people use to communicate important ideas is not “defending fascists”. Opposing oligarchic authoritarian control is the exact opposite of defending fascism.

Leading members of the Socialist Equality Party had their @Facebook accounts permanently disabled. This is outrageous & exactly what many of us on the left feared would happen. Standing in solidarity with the @SEP_US and Mark Zuckerberg can fuck right off. https://t.co/oxU00IeZRb

“They always censor the left,” they told me. “We’re just happy that now they’re censoring fascists too.”

So you imagine it can’t get worse? We just saw a major escalation against leftist accounts these past few days; do you think that’s the end of it? What do you imagine will happen if the left ever gets close to actually threatening the interests of the powerful after you’ve helped manufacture consent for the normalization of internet censorship every step of the way?

It can always get worse. The online left has not yet experienced mass-scale censorship of political speech yet; it’s experienced losing a few accounts here and there. You haven’t seen anything yet. Some Twitter leftists really seem to think that getting suspended because Kamala Harris supporters mass-reported them over a mean tweet is as ugly as this thing will get. If your goal is to threaten power at some point (and if you’re a real leftist it should be), then you need to oppose the normalization of any policies that can be used to silence those who threaten the powerful.

“Well it’s not like leftist revolution will be planned on social media anyway,” they told me.

You don’t use social media to plan the leftist revolution, you use it to create more leftists. You use it to bring consciousness and understanding to your ideas and your causes. Consenting to the institutionalization of the censorship of political speech is consenting to your own silence on this front, which will mean the only people who will be able to quickly share ideas and information online with the mainstream population will be those who support the very power structures you oppose.

And make no mistake, the imperial narrative managers most certainly do need the public’s consent for internet censorship. They don’t pour vast fortunes into manufacturing consent for evil agendas because it’s fun, they do it because they require the public’s consent. The empire’s inverted totalitarianism only holds together because they’re able to maintain the illusion of freedom and democracy; the iron-fisted silencing of wholesome political speech can only happen if the public has been paced into believing it’s a good thing. Every step of the tightening of the censorship noose is a part of this pacing, and if you consent to it, you’re helping them.

Ultimately this content moderation movement will restore a system where the only allowable route to a mass audience is through a major institutional partner. https://t.co/voYAjNF6sc

“Ultimately this content moderation movement will restore a system where the only allowable route to a mass audience is through a major institutional partner,” journalist Matt Taibbi recently observed.

That is it. That is the goal. They tried allowing free speech online while simply hammering us with propaganda to keep us asleep, but people still just wanted to use the democratization of information that the internet afforded them to talk about about how horrible the status quo is. So now they’re working to reinstate the supremacy of mainstream gatekeepers.

When you realize that corporations are America’s real government, the whole “it isn’t censorship if it’s a private company doing it” argument is seen for the joke that it is. When you learn that this censorship is being actively coordinated with the officialgovernment, it’s even more of a joke.

To support the censorship of online speech is to support the authority of monopolistic tech oligarchs to exert more and more global control over human communication. Regardless of your attitude toward whoever happens to be getting deplatformed on any given day, supporting this can only be self-destructive.